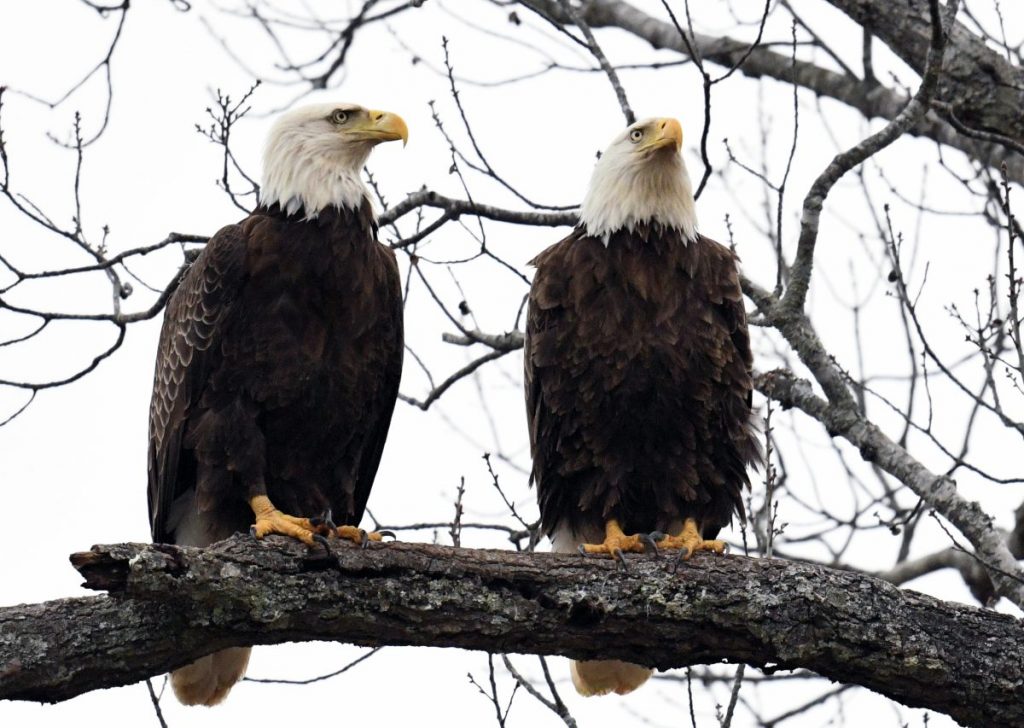 The eagle pair that has been nesting for 14 years at Shiloh National Military Park has had a tragedy this year. The female, on the left in this photo by Jai Johnson, has been missing since early last week.

In their 14th residential year at Shiloh Battlefield, the bald eagle nesting pair popularly known as Hiram and Julia had two hatchings take place last week.
However, the female eagle has now gone mysteriously absent.
“The last picture taken of her was on Monday evening, March 1,” said Chris Mekow, Shiloh National Military Park ranger.
Since the hatchings, there have been a series of intrusions on the nest and in the nesting area.
“Our adult male has been seen taking on two full grown eagles. They’ve been fighting in the sky and making a lot of racket,” said Mekow.
With the female bird missing, the male eagle has been too occupied defending his nesting territory to care for the two eaglets, and now both have died, he explained.
“We don’t have any idea what happened to the female,” Mekow said. “The eagle couple has had a lot of luck raising young over the years. This is unfortunate.”