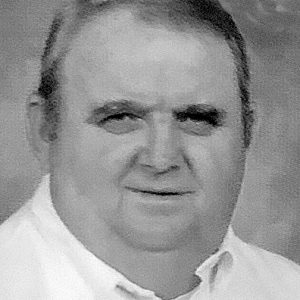 Terry Qualls, of Morris Chapel, was born on April 2, 1947, in Craighead County, Arkansas, the son of late Thomas Joseph and Ovella Lee Hamilton Qualls. On July 9, 1966, he was united in marriage to Linda Hall, who survives.
Terry honorably served his county in the United States Air Force. He was a deacon at Carmel Heights Baptist Church in Crump and a member of Local 263 in Memphis. Mr. Qualls traveled to many jobs with the Union for 33 years. He enjoyed gardening and spending time with his dog, Trixy. Most of all, Terry loved his family and enjoyed spending time with his children and grandchildren.
Terry Qualls departed this life on Wednesday, Feb. 24, in Memphis, at the age of 73 years, 10 months and 22 days.
He is survived by his wife of 54 years, Linda Qualls of Morris Chapel; sons, Rusty Qualls and Bryan Qualls, both of Morris Chapel; brothers, Boyce Qualls and his wife Virginia of Florissant, Missouri and Jerry Qualls and his wife Linda of Monette, Arkansas; sister, Fonda Lybarger and husband Tony of Shreveport, Louisiana; granddaughters, Brittany Diane Qualls and Madison Nicole Qualls; and great-grandchildren, Kingston Branch and Kyah Branch.
In addition to his parents, Terry was preceded in death by his sister, Claudette Jones; and brothers, Elbert Qualls, Robert Qualls and Ted Qualls.
Services will be held on Friday, March 5, at 1 p.m., at Shackelford Funeral Directors of Savannah with Keith Smith officiating. Burial will follow in Milledgeville Cemetery at Milledgeville.