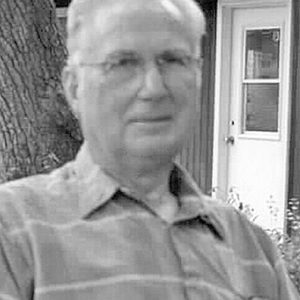 Howard Spencer, of Crump, was born in Hardin County on Jan. 4, 1940, the son of the late Vannie and Louise Spencer.
On Dec. 7, 1963, he was united in marriage to Peggy Singleton, who survives.
Howard worked in maintenance for Packaging Corporation of America in Counce for 42 years. He was a member of River Heights Pentecostal Church. Howard loved the Lord and would carry his grandchildren to church with him every chance he could. In his spare time he loved to fish and especially loved taking his grandchildren and great-grandchildren. Being with his family was so important to him. If a person ever needed help, Howard was always there to help them, no matter what.
He departed this life on Monday, Feb. 22, in Crump, at the age of 81 years, 1 month and 18 days.
In addition to his wife of 57 years, Peggy of Crump, he is survived by one son, Jimmy Ray Austin and his wife Ellen of Crump; grandchildren, Stephanie Hurst, Wade Austin and his wife Crystal, Chris Austin and his wife Brittney, Madison Franks and her husband Jesse, and Kendrick Henson and his wife Michelle; great-grandchildren, Blake Edwards, Alyssa Austin, Hannah Austin, Emma Austin, Saphira Knight, Mason Knight, Skyler Knight, Everett Franks, Hunter Henson, Landen Henson and Mikinze Collins; sister, MaryLou Newell of Adamsville; and brothers, Wayne Spencer and his wife Sylvia of Martin, Tennessee and Glen Spencer and his wife Ann of Crump.
Howard was preceded in death by his parents; daughter, Kathy Evans; and brother, Leon Spencer.
Services were held on Thursday, Feb. 25, at 1 p.m., at Shackelford Funeral Directors of Savannah with Wade Austin and Michael Gibbs officiating. Burial followed in Crump Cemetery at Crump.