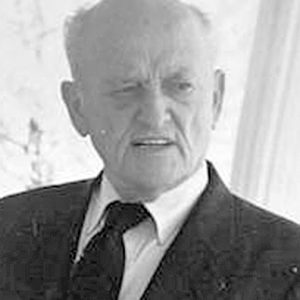 March 10, 1924 – Feb. 24, 2021
Douglas Alexander of Savannah passed away at home at the age of 96 years.
Born in Hardin County, he was the oldest of 13 children of the late Arvil B. and Lola Love Alexander.
Mr. Alexander was a worker and spent most of his life working on the family farm and other business ventures. He was a storyteller who could tell you much of what happened in the last century in Hardin County. He had a sharp mind, quick wit, and the wisdom that only comes with a long life of experience. He often said he thanked God every morning. He loved being active working and enjoying the outdoors, and entertaining his family and friends. He was truly one of a kind who will be greatly missed by those who loved him dearly.
He is survived by his son M.D. “Buzz” Alexander; grandsons, Reed Alexander, Ben Alexander; granddaughters, Camille Chester and Stephanie Bogue (Jason), all of Franklin; brothers, Alton Alexander of Savannah, Keeton Alexander of Savannah; sisters, Judith Beckham (Finley) of Savannah, Ellen Neff of Memphis, Clo Simon of St. Louis, and Lawanda Carroll (Malcolm) of Savannah; many nephews, nieces, and other family members.
He was preceded in death by his brothers, Roy Alexander, Barney Alexander and Danny Alexander; his sisters, Marie Alexander, Lou Howe and Linda Averett; mother of his children, Mildred Alexander Love; and daughter, Neda Chester Hargis.
Visitation will be on Thursday, March 4, from 1 p.m. to 2:30 p.m., at Shackelford Funeral Directors of Savannah with graveside services to follow at 3 p.m., at Goshen Cemetery, 3376 Middle Bridge Road.