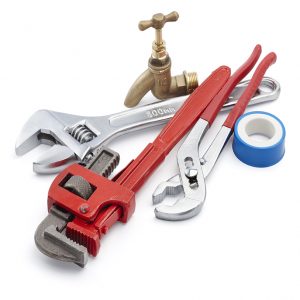 ORIGINAL STORY– All Adamsville Utility Department water customers remain under a precautionary boil water boil notice Wednesday as crews continue to try to stem a flood of freeze-related leaks leading to low or no water pressure.
Public Works Director Scott Klinck said Wednesday that as staff identify leaks throughout the system, water tower tanks are starting to fill and the system is slowly getting back to full pressure.
He said he can’t be sure until next month, but he estimates Adamsville has lost 3 million gallons of water per day for the past five days.
“We found 82 busted lines up to last night, and five more today, running wide open. A 3/4 inch line that is busted and running wide open will spill just over 33,000 gallons in 24 hours – so multiply that by 87, and you start to get the picture,” Klinck said.
He added, “We started getting calls on Friday, just after midnight. Customers with no water.”
Some of those problem lines were located and shut off or fixed in less than five days, but Klinck also said there are still perhaps 20 to 30 yet to be found.
At Tuesday night’s Adamsville City Commission meeting, Klinck told the board his department has found no issues with the city’s water tanks, pumps and equipment.
He said a majority of the leaks caused by pipes which burst after freezing are on the customer’s side of the meter. That means it’s the customer’s responsibility to fix.
Klinck said the city’s precautionary boil water notice will not be lifted until the system can be brought up to full pressure for 24 hours. Then samples can be taken to a lab in Jackson for testing.
“If everything looks good tonight, we will pull samples before lunch tomorrow. If they come back good from the lab in Jackson, we can pull the notice – but it’s also dependent on how fast the lab can process the samples,” Klinck said.
“They’re busy; you can look on the news and see this is happening all over the place. We haven’t had a freeze like this in a long time, so that lab is pretty busy,” he added.
The reason for the precautionary boil water notice is because a system with regular water pressure will generally not allow any outside contamination to enter water lines – but if the water pressure is very low, slack pipes can allow outside water to infiltrate the pipes at joints, carrying bacteria or other contamination into the system.
Klinck is urging every Adamsville water customer to check their meter to see if it’s registering an unusually heavy flow of water. He said customers can check their water meter where their line comes from the street.
In the center of the meter box is a round piece of metal called the “flower,” with a red pointer in the center. If no water is being used in house, but the pointer is spinning, there is a broken pipe and the water should be shut off by turning the valve at the meter until it can be repaired.
“We’ve found some of these leaks just by driving by houses and seeing it. Some customers have called to report no water, usually at maybe a second home or vacant property they don’t visit often, or also elderly who have trouble checking their meter,” Klinck said. “When we go out to check, it’s always a busted line.
He said the city isn’t out to gouge customers and will work with those who find a leak that can lead to a very high water bill. He said customers can request a bill adjustment, but they must have a receipt from a contractor or for materials showing they fixed the leak first. Each customer is only allowed one adjustment per year.
“We’re asking everyone to please be patient. We’re identifying the leaks, and our pressure will be back to where it needs to be. I live here – we’ve been out of water too. Almost everybody who works for Adamsville lives here too, so we’re all in this together,” Klinck said.
Anyone with difficulty checking their water meter can contact the Adamsville Utility Department at 731-632-4214 for assistance.