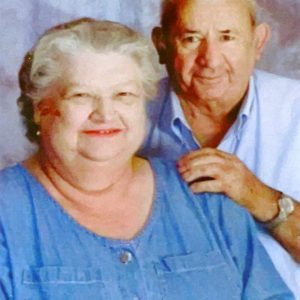 Bobby Cooper departed this life on Saturday, Feb. 13, at the age of 81 years, 1 month and 3 days.
He was born in Leland, Mississippi, on Jan. 10, 1940, the son of the late Ellis Elijah and Minnie Mae Owens Cooper. On May 17, 1959, he was united in marriage to Barbara Ann Holden, who survives.
During his lifetime, Bobby had served in the Arkansas National Guard, and worked for Barker Implement, Aqua Glass where he was a truck driver, and Cooper Heating & Air. He loved to hunt and fish, tinker around, and do mechanic work. Bobby was a good man, a kind and giving person, and he especially loved his family.
He is survived by his wife of 61 years, Barbara Cooper of Adamsville; sons, Greg Cooper and his wife Sharon, and Henry Cooper and his wife Rhonda, all of Savannah; grandchildren, Eric Cooper, Charles Cooper and his wife Lisa, Dustin Cooper and Jordan Cooper, all of Savannah; great-grandchildren, Cody Qualls, Leria Risner, Dexter Cooper and Annaleigh Cooper; great-great-grandchild, Emma Risner; a brother, Henry Cooper of Mississippi; and sister-in-law, Janet Howard and her husband Donny of Savannah.
Along with his parents, Bobby was preceded in death by his sister, Mary Madden; brothers, Roy Cooper and David Cooper; father-in-law, Herman Holden; mother-in-law, Myrtle Holden; and brother-in-law, Roger Holden.
Services were held on Saturday, Feb. 20, at 1 p.m., at Shackelford Funeral Directors of Savannah with Gilbert Gough officiating. Burial followed in Crump Cemetery at Crump.