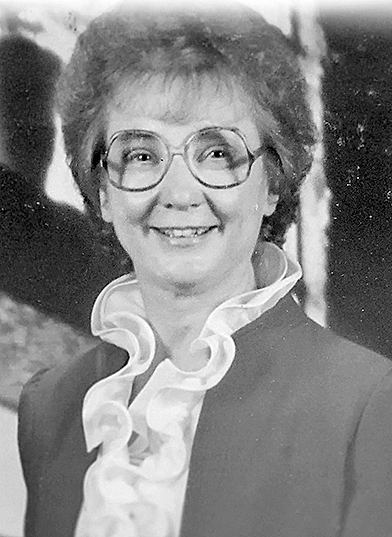 Zelda Jean Haugen Wyatt, of Savannah, was born in Reedsburg, Wisconsin on Aug. 3, 1936, the daughter of the late Axel and Maltilda Au Haugen.
Zelda was a retired LPN at Harbert Hills Nursing Home. She had also worked for Madison, Wisconsin General Hospital and Wildwood Retreat Center in Georgia. She was a member of Savannah Seventh Day Adventist Church. In her spare time she enjoyed sewing and singing. Zelda loved nursing and helping everyone that she could. Above all she loved serving her Heavenly Father.
She departed this life on Thursday, Jan. 21, in Florence, Alabama at the age of 84 years, 5 months and 18 days.
Zelda was a loving single mother of one son, Michael Frederick Gunderson of Murfreesboro.
She is also survived by her sister, Kathryn Haugen Miles and her husband Jack of Henderson, North Carolina; brother, Robert Hawkins of Memphis; brother-in-law, Jim Phillips and his wife Leonna; her chosen daughter and friend, Kathy Moon and her husband William of Savannah; several nieces and nephews; and a host of friends.
In addition to her parents, she was preceded in death by her loving heart mother and stepmother, Ruth Haugen; one brother, Glenn Martin Haugen and his wife Ina; and one sister, Marion Haugen Phillips.
Memorial graveside services will be held on Friday, June 11, at 1 p.m., at Lonesome Pine Cemetery in Savannah with Bob Wint officiating.