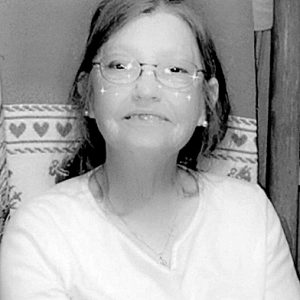 Janelle Franks Jones, of Savannah, departed this life on Monday, Feb. 8, at the age of 65 years and 24 days.
She was born in Hardin County on Jan. 15, 1956, the daughter of the late Earnest and Lillian Wilkerson Franks.
Janelle enjoyed being with her family and friends, traveling to different beaches, riding and going to Burger King to get ice cream. She loved to sit on her front porch, socializing, and never met a stranger. During her lifetime, she had worked at factories and sat with the elderly. She attended Cornerstone Baptist Church in Savannah.
Janelle is survived by her children, Jeff Jones and his wife Amanda of Adamsville, Susan Jones and her husband Bobby of Savannah and Michael Jones and his wife Stephanie of Lawrenceburg, Tennessee; grandchildren, Tori Jones Vaughn, Zachary Jones, Abigail Jones, Emily Jones, Hailey Hart and Austin Cox; great-grandchildren, Ryder Talley, Mady Jones, Ronan Cox and Raelynn Jones; her former husband, Steve Jones of Savannah; and dear friend, Billy Hale of Savannah.
In addition to her parents, Janelle was preceded in death by her brothers, Bobby Joe Franks and Gene Edward Franks; sister, Lisa Franks; sister-in-law, Dessie Faye Hurley Franks; and niece, Frances Franks.
Services were held on Saturday, Feb. 13, at 3 p.m., at Cornerstone Baptist Church in Savannah with Daniel Holt officiating. Burial followed in Neill Cemetery at Savannah.