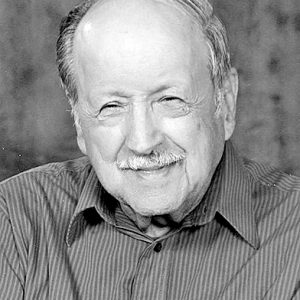 Bill Joe Barker, age 86, of Adamsville, passed away on Saturday, Jan. 30, at his daughter Lisa’s home.
He was born March 31, 1934, in the Sand Mountain Community near Cabo in Chester County, the son of the late Albert Ernest “A.E.” and Angie Mae Mount Barker. He attended schools in Chester County. He worked at the Fire Tower at Cabo, ITT Grinnell, drove for Malone & Hyde and was a long haul driver for Aqua Glass at Adamsville. He served in the Tennessee National Guard for over 23 years, retiring as staff sergeant.
He married Nadine Lindsey and they made their home at Cabo. She preceded him in death in 2005.
He enjoyed collecting antiques, gardening, playing dominoes and Rook at the Chester County Senior Citizens Center.
He was a member of Adamsville Free Will Baptist Church and formerly Enville United Methodist Church. He loved church and was always there when the doors were opened. He was a very faithful church member.
Mr. Barker is survived by two daughters, Lisa Thomas (Brent) of Adamsville and Vicki Broadwell of Enville; five grandchildren and seven great-grandchildren; a brother, Royce Barker of Savannah; and a sister, Wilma Frye of Enville.
He was preceded in death by his parents; his wife, Nadine Barker in 2005; a daughter, Susan Barker in 2008; and two brothers, Travis Barker and Cecil Barker.
Graveside services were 2 p.m., Wednesday, Feb. 3, at Cabo Cemetery with Billy Pruitt officiating.
Arrangements by Shackelford Funeral Directors of Henderson.