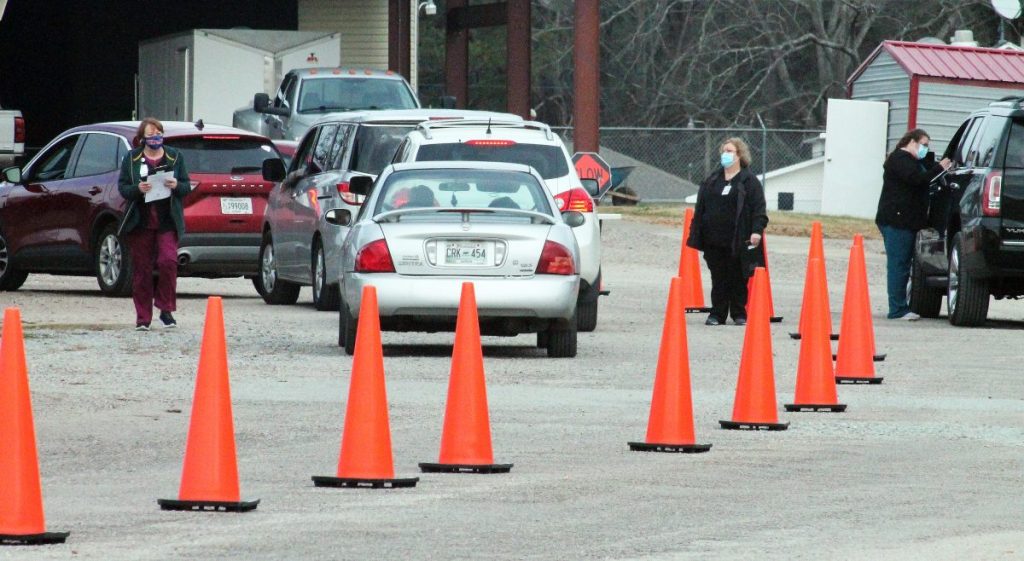 Vehicles line up at a recent drive-through COVID-19 vaccination clinic at the Hardin County Fairgrounds.