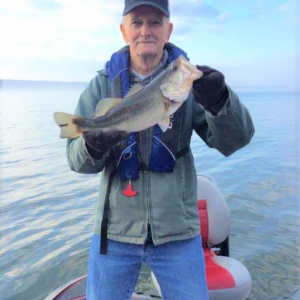 Billy “Pops” Williams, of Savannah, was born on March 27, 1940, in McNairy County, the son of the late Loyd and Sarah Maude Hindman Williams.
On May 14, 1960, he was united in marriage to Mary Ann Moore, who survives.
Mr. Williams worked for Gearhert-Owens in Everman, Texas, for over 25 years as a supervisor. After moving to Savannah in August of 1985, he began working for the Hardin County Highway Department as an equipment operator. He enjoyed deer hunting and was an avid bass fisherman.
Billy “Pops” Williams departed this life on Saturday, Jan. 2, in Lexington, Tennessee at the age of 80 years, 9 months and 6 days.
He is survived by his wife of 60 years, Mary Williams of Savannah; son, Lloyd Williams and his wife Sandra of Savannah; daughter, Vickie Franks and her husband Terry of Savannah; sisters, Betty Hunt and Brenda Crumby, both of Adamsville, and Sandra McLin of Olive Hill; brother, Harold Williams of Savannah; grandchildren, Jason Clark of Wilmington, North Carolina, Amy Melson and her husband Ricky of Savannah and Sara Williams of Savannah; step grandchildren, Cory Bickings and Ryan Bickings; great-grandson, Cody Melson of Savannah; and a host of nieces and nephews.
In additon to his parents, he was preceded in death by his stepmother, Maybelle Williams; brothers, James Williams, Buddy Williams, Roy Dell Williams, Gene “Buzz” Williams and Stanley Williams; sisters, Sarah Nunn and Jo Ann Pickens; niece, Melissa Williams; and nephew, Anthony Williams.
Services were held on Wednesday, Jan. 6, at 11 a.m., at Shackelford Funeral Directors in Savannah with Jody Copeland officiating. Burial followed in Franks-Williams Cemetery at Savannah.