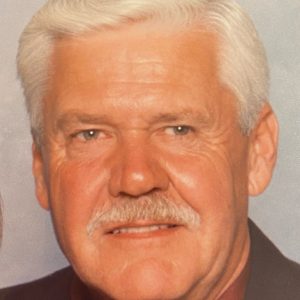 Terry Lee Wayne Thurman, of Savannah, was born on Dec. 19, 1948, in Wayne County, the son of the late Herbert Cecil Lee Thurman and Blanche Risner Thurman Davis.
On Dec. 31, 1997, he was united in marriage to Donna Boroughs Rainey, who survives.
Mr. Thurman honorably served his country in the United States Army where he was stationed in Germany from 1968 until 1970. He was a co-founder of Savannah Burglar Alarm Company and spent many years working as owner and president of the business. Terry later retired from TVEC after 40 years where he worked as the director of operations. He loved hunting and was an avid fisherman. He will be remembered for having a servant’s heart and how he was always helping others. Terry was a member of Riverview Baptist Church in Savannah and a member of IBEW (International Brotherhood of Electrical Workers).
Terry Lee Wayne Thurman departed this life on Saturday, Dec. 12, in Corinth, Mississippi at the age of 71 years, 11 months and 23 days.
He is survived by his wife, Donna Thurman of Savannah; son, Kirk Thurman and his wife Leslie of Savannah; daughters, Tiffany Jones and her husband Brad and Pam Gray and her husband Pete, all of Savannah; sister, Patsy Brewer of Lawrenceburg; and grandchildren, Shelton Thurman and his wife Elizabeth, Alexis Thurman, Kaylee Grace Thurman, and Carly Fowler and her husband Chris.
In addition to his parents, Terry was preceded in death by his stepfather, Riley Davis.
Memorial donations may be made to Riverview Baptist Church in Savannah.
Services were held on Wednesday, Dec. 16, at 1 p.m., at Shackelford Funeral Directors in Savannah with Allen Guyer officiating. Burial followed in Highland Methodist Church Cemetery at Wayne County.