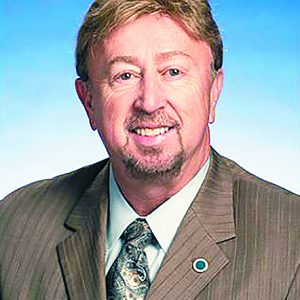 Tuesday, Byrd told The Courier via text message that “the first day or two was pretty rough. In order for them to keep a closer eye on my oxygen level, they have moved me to ICU. I’ve been working on breathing exercises and that has helped a lot.”
He continued, “The first two nights I only got about two hours each night of sleep, so they started giving me something for anxiety. Yesterday, I had two, two hour naps, and I slept really good last night.
“My oxygen level was better yesterday and last night, but any type of movement like standing up or going from my bed to my chair, it goes down. The main thing is my lungs have got to heal.
“The doctor said that it would probably be a slow recovery. But I am hoping with all my family and friends praying for me that it will be sooner. But most all, I just want to get better so I can spend Christmas with my family!”
Early Sunday morning, Byrd’s sister posted on social media that he “was diagnosed with COVID pneumonia at Wayne County Hospital last night. Since the doctor wanted him to be transferred to St. Thomas Hospital and there were no ambulances available to take him, he was taken by helicopter.”
His sister noted that Byrd said “it was a really smooth ride.”
Byrd posted on social media Monday morning and referred to his wife, Sherry, saying, “Thanks everyone for your prayers, and PLEASE CONTINUE! Please pray for God’s healing for my lungs, and that He will give me strength and endurance as I battle this virus. Also, please pray for Sherry, and my family!”
Byrd’s sister also said he “is keeping in touch with family via text and FaceTime and said he feels pretty good but isn’t able to sleep with all the wires and lines hooked up to him. He says he has had his dear friend Bob Turman on his mind too.”
Turman was the municipal judge for Waynesboro, according to TNCourts.gov.
Byrd texted, “One of the reasons my anxiety has been so high is one of my best friends (Turman) died from COVID the day I was admitted, so that has made it tougher.”
According to The Tennessean, Byrd is at least the second member of the House Republican Caucus to require a hospital stay after contracting the virus.
Byrd also said he wants to thank those who have him in their prayers, and to let constituents know his office is continuing to work for them while he recovers.