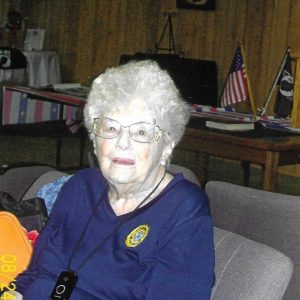 Lorraine Hovey was born June 11, 1926, in San Mateo, California. She was the daughter of Samuel and Irma Longwell and grew up in and around the Brentwood, California area.
Lorraine passed through the veil on Dec. 1, peacefully at her home in Savannah with her husband by her side. Lorraine is preceded in death by one daughter, Desiree Holmes.
Lorraine married three times, the first to George Schultheiss, then to Frank Holmes and is survived by her present husband, Charles Hovey.
Lorraine is survived by her brother, Samuel Longwell of Cameron Park, California; two children, Candace Nelson and George Schultheiss, both of Savannah; stepdaughter, Elizabeth Faust of Knoxville; and stepsons, Don Hovey of Indiana and Bob Hovey of Cleveland, Ohio.
Lorraine had six grandchildren, Amanda Blount of Savannah, Scott Nelson of Fort Irwin, California, Timothy Nelson of Woodland, California, Julia Goucher of Chandler, Arizona, Chris Schultheiss of Seattle, Washington and Ryan Kescas of Knoxville; 15 great-grandchildren; and numerous nephews and nieces.
Lorraine and the three children moved to California in 1960 and found employment with the Beverly Hills Police Department as matron/police officer. She later became a secretary to Chief Bill Tubbs of the Monrovia, California Police Department where she worked until she retired in 1991.
Lorraine married Charles Hovey in 1990 and she and Charles moved to Savannah in 2008.
Lorraine was a very talented artist and quilter. Her artwork is distributed amongst her children and grandchildren. She loved to travel and went on many cruises in her lifetime including to Alaska and the Caribbean.
Lorraine loved her family. She loved listening to the radio when her great-grandson Hayden Blount was playing for the Hardin County High School Tigers.
Lorraine was the matriarch of the family and was deeply loved. She will be missed.