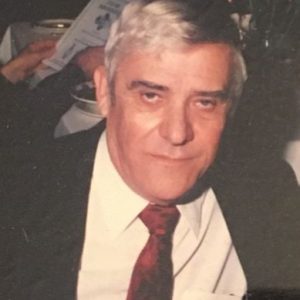 Bob Glen Stanford, 80, of Savannah, passed away Saturday night, Nov. 21, at his Olivet home.
Mr. Stanford was born Dec. 2, 1939, in Enville, the son of the late Lois and Velma Austin Stanford.
He graduated from Adamsville High School in 1958 and served in the Marines from 1958 – 1962, as a corporal. He worked as a manager at Brown Shoe Company until 1968, when he went to work for Owens-Corning. In 1965, he married the love of his life, Katherine Webb. Together they started their loving family in Henderson, Tennessee until transferring with Owens-Corning to Amarillo, Texas. Mr. Stanford worked hard his entire career until his retirement from Owens-Corning in 1998 and moved back to Savannah.
Mr. Stanford made friends everywhere he went and never forgot a name. He told stories of growing up in Enville, serving in the Marines, and could recall every event he experienced.
He is survived by his God loving wife, Katherine Webb Stanford of 55 years, who took great care of him. He often thanked his wife for “putting up with him.” He is also survived by his son, Derek Glen Stanford; a daughter, Dawn Elizabeth Stanford Harper; son-in-law, Daniel Lee Harper; four grandchildren that he was most proud of, Tye Harper, Taylor Stanford, Ava Harper and Eli Harper; brother, Billy Stanford of Sardis, Jerry Stanford of Olive Branch, Mississippi and Stanley Stanford of Huntingdon, Tennessee.
Along with his parents, Mr. Stanford was preceded in death by his sister, Paulette Stanford Bailey.
Memorial donations may be made to Trinity United Methodist Church or Nashville Children’s Alliance.
Services were held on Wednesday, Nov. 25, at 11 a.m., at Shackelford Funeral Directors of Savannah with Jason Estes officiating. Burial followed in Pinhook Cemetery at Lutts.