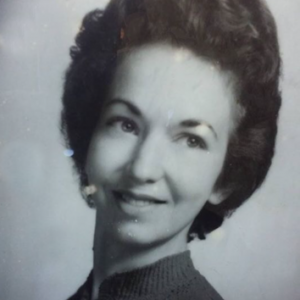 Madlyn Alexander, of Savannah, was born in Hardin County on Oct. 29, 1936, the daughter of the late Harry and Jane Counce Byrd.
On Nov. 17, 1956, she was united in marriage to T.J. Alexander, who survives.
Madlyn lived in Hardin County most of her life and worked for 20 years for Brown Shoe Company. She was a member of Hopewell Baptist Church in Savannah and enjoyed being with her Sunday school class and traveling with the church group. In her spare time Madlyn loved cooking, flower gardening and keeping up her home.
She departed this life on on Saturday, Nov. 7, in Corinth, Mississippi, at the age of 84 years and 9 days.
In addition to her husband of 63 years, T.J. of Savannah, she is survived by her children, Cindy Tucker and her husband Jerry of Savannah, Craig Alexander and his wife Becky of Del Rio, Texas, and Chris Alexander and his wife Tammie of Savannah; grandchildren, Amy Stanley, Nicole Tucker, Trista Young and Todd Alexander; great-grandchildren, Keane Stanley, Sailor Stanley, Lauren Petit, Gavin Smith, Kirac Smith, Jackson Young, Taylor Young and Enic Alexander; sister, Gloria Williams and her husband Bob of Savannah; and brother, Joe Byrd and his wife Cora of Memphis.
Madlyn was preceded in death by her parents; one son, Tommy Joe Alexander; one grandchild, Justin Tucker; and two brothers, Pat Byrd and Roger Byrd.
Services were held on Wednesday, Nov. 11, at Hopewell Baptist Church in Savannah with Rev. Randy Isbell and Dr. Derek Westmoreland officiating. Burial followed in Memory Gardens at Savannah.