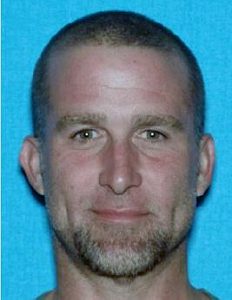 U.S. Marshal Tyreece Miller announced Thursday evening a cash reward is being offered for information leading to the arrest of Clarence Williams, 42, who is wanted by the Hardin County Sheriff’s Department.
According to the U.S. Marshals Office, Williams was involved in a domestic situation earlier Thursday in which a firearm was discharged inside a residence. When deputies arrived at the address Williams fled into a wooded area escaping capture.
Investigators say Williams is wanted on charges from previous incidents which include promotion of methamphetamine manufacture, unlawful possession of a firearm, aggravated burglary, violation of an order of protection, resisting arrest and evading arrest.
Marshals say Williams should be considered armed and dangerous and should not be approached.
Anyone with information as to Williams’ whereabouts is urged to call the Hardin County Sheriff’s Department or the U.S. Marshals at 731-427-4661. Marshals say all calls will be kept confidential.