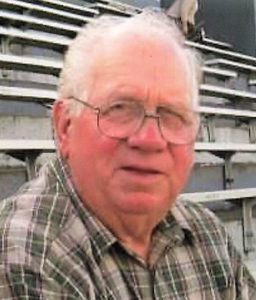 Ray Milford, 85, of Stantonville, died on Friday, Oct. 23, surrounded by his family, at Magnolia Regional Health Center following a hard fought battle with COVID-19.
Ray Milford was born March 16, 1935, in Stantonville, the son of the late Dennis E. and Jewel Garrison Milford. He was united in marriage to the love of his life, Shirley Inez McLain, on Dec. 16, 1965.
Mr. Milford retired from Duren Supply in Adamsville. He was a kind-hearted, loving, and hard-working man. He always had an infectious personality, positive attitude, and a smile on his face. He was a faithful Christian and a member of Meeks Grove Free Will Baptist Church in Stantonville. His voice was one of the “Tennessee River Boys” for almost 50 years.
Ray was known for his “socializing” and never met a stranger. It didn’t matter where he was, he could find someone to strike up a conversation. Most of the time you could find him somewhere on Tommy Sanders Road, usually on his four-wheeler, visiting with family and friends. His hobbies were playing dominoes with family and friends, working in his garden, mowing his yard, hunting/fishing, riding his four-wheeler, and he was a longtime supporter of the Adamsville Cardinals football team. He loved his family and loved spending time with his wife, children, and grandchildren and attended many if not all events to support them.
Ray is survived by his loving wife of 54 years, Shirley Milford of Stantonville; two daughters, Jamey Richie Durham of Savannah and Autumn Shourd (Jeff) of Adamsville; two sons, Auther Richie of Selmer and Dennis Milford (Dena) of Stantonville; nine grandchildren, Nathan Richie, Kris Vaughan, Justin Shourd, Audrey Shourd, Colton Milford, Mallory Milford, Haley Anthony, Courtney Miller and Anna Moore; 10 great-grandchildren; two sisters, Willie Anne (Worm) Milford and Carolyn Murphy; and a host of nieces, nephews, extended family and friends.
In addition to his parents, Ray was preceded in death by two brothers, a twin, Rex Milford and Jerry Dan Milford; a sister, Sandra Kaye Whitten; two sisters-in-law, Betty Milford and Helen Milford; a brother-in-law, Buddy Murphy; and a son-in-law, Dennis Durham.
Services were held on Monday, Oct. 26, at 11 a.m., at Meeks Grove Free Will Baptist Church in Stantonville with Charles Linam officiating. Burial followed in Meeks Grove Cemetery at Stantonville.