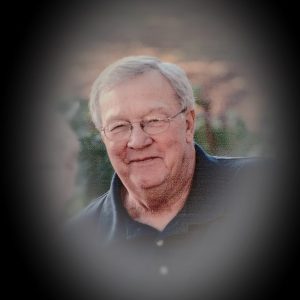 Milton George Ruhl, of Savannah, was born July 5, 1936, in Brush, Colorado. He passed from this life to his heavenly home on Wednesday, Sept. 30, at Jackson Madison County General Hospital after a short illness.
He resided in Savannah since 2002. Previously he lived in Stone Mountain, Georgia and Lake Sinclair, Georgia for 20 years. He was the son of the late Godfrey and Katie Kaufman Ruhl.
He married the love of his life, Peggy Wingfield Ruhl on Feb. 12, 1956, in Ft. Morgan, Colorado. She preceded him in death on June 3, 2014.
He is survived by three children, Jeanine DeLaney and her husband Gene of Savannah, Mark Ruhl of Denver, Colorado, and Lynn Chamberlain of Cullman, Alabama; three grandchildren, Zachary DeLaney and his wife Melissa of Milan, Tennessee, Matthew DeLaney and his wife Amber of Savannah and Katie Ruhl of Loganville, Georgia. He is also survived by five great-grandchildren, Allie DeLaney, Connor DeLaney, Coleman DeLaney, Kacen DeLaney and Mattie DeLaney.
Milt worked most of his career as an accountant. He retired from Alexander Underwriters in Stone Mountain, Georgia in 1998. He was a dedicated member of Love and Truth Church in Savannah. He served on the Board of Tennessee Valley Teen Challenge and was a bookkeeper many years for this ministry which was incredibly special to him.
Milt enjoyed his family, friends, and church family. He spent a great deal of time in the study of God’s Word. He was known for his wisdom and kindness. Many have said he was a true gentleman. He had a gift of hospitality, always trying to make sure everyone was comfortable. Milt’s greatest desire was that all of his loved ones would have a deep personal relationship with Jesus.
Along with his wife and parents, Milt was preceded in death by three brothers, Herman Ruhl, Elmer Ruhl, Albert Ruhl; and one sister, Helen Ruhl.
The family requests in lieu of flowers, donations be made to his favorite causes, Tennessee Valley Teen Challenge, Love and Truth Church or Joyce Meyer Ministries.
Services were held on Friday, Oct. 9, at 3 p.m., at Love and Truth Church in Savannah with A.J. Fowler and Jim Forakis officiating.