(Ed. note: This story was edited on Oct. 12 to reflect the victim’s correct age.)

Two are in custody in southern Illinois awaiting extradition to Hardin County, one facing a charge of first degree murder, after a man was found dead Thursday afternoon killed by an apparent shotgun blast, according to Hardin County Sheriff Johnny Alexander.
He said Brian Diss, 39, was discovered dead in his home at 2375 Oakley Road in the Swift community of Hardin County, after the

Sheriff’s Department was notified at about 2:30 p.m. yesterday that a 911 caller said Diss was dead on his couch.
Jeremy Byram, 26, and Jeanna Chacon, 27, both residents of a home on Barn Gate Lane in Swift, have been apprehended by Illinois State Police in southern Illinois after their vehicles were spotted traveling together as the result of a “be on the lookout,” or BOLO, notice.
Although Alexander said all charges are pending as the investigation continues, he expects Byram will be charged with first degree murder. Chacon may be charged with accessory after the fact.
After receiving the 911 call, HCSD Investigator Jeremy Hulen and other deputies arrived at the Oakley Road home to investigate. They noted Diss was on the couch, covered by a blanket, and had obvious wounds to his throat and shoulder.
Hulen spoke with multiple people at Diss’ home, who’d found his body and called 911 to report it.
Alexander said one person told Hulen that at about 1 a.m. Wednesday morning, a man named “Jeremy, who lives down the street,” came to the their house and said he and Diss had been drinking, and got into a fight. The person said Jeremy told him Diss hit him with a hammer.
The person said he noticed blood on Jeremy’s hands, and asked him if that was from where he was hit with the hammer. Jeremy reportedly said no, that the blood was from a cut he’d received earlier.
The person added that Jeremy told him, “I’m going to kill that (expletive deleted),” referring to Diss.
At that point the Sheriff’s Department believed Diss was killed early Wednesday morning or possibly late Tuesday night, and contacted the Tennessee Bureau of Investigation and asked for agents to come to the Oakley Road home to help process the scene, along with the Hardin County medical examiner. 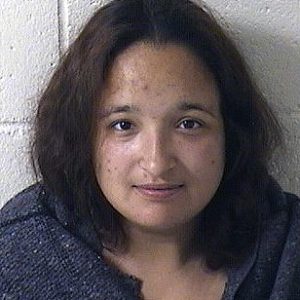 Alexander said once the medical examiner arrived and the blanket covering Diss was removed, it was apparent Diss died of a shotgun blast. Alexander said Diss had a shotgun wound to his abdomen, and wounds to his throat and shoulder.
While processing the scene for evidence, an all-terrain vehicle was noticed sitting in the driveway. Alexander said neighbors told investigators the ATV belonged to Jeremy.
The sheriff said investigators determined that “Jeremy” is Jeremy Byram, and went to his home on Barn Gate that he shares with Jeanna Chacon in what is believed to be a romantic relationship. Three children also live there.
Alexander said no one answered when officers knocked, and they obtained a search warrant about 1 or 2 a.m. Friday. He added that upon entry, it appeared that Byram and Chacon had fled the home in haste, because of scattered clothing left behind and other signs of them quickly packing what they could.
Alexander said investigators determined Byram and Chacon each had a vehicle, and they received information the two were seen in Clifton in Wayne County, fueling up their vehicles Wednesday morning, well after the 1 a.m. discussion Byram had with the person who later called 911 after discovering Diss’ body.
He said the BOLO was sent late Thursday, and the two were apprehended by Illinois State Police early this morning as a result of that BOLO. Alexander said weapons were in one or both cars, but did not yet have specifics.
Byram and Chacon will now be extradited back to Hardin County, Alexander said. He added they could be returned here in a matter of days or up to three or four weeks, depending whether they mount a legal challenge to the extradition process.