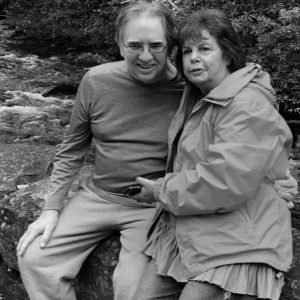 Billy “Glenn” Blevins, 64, passed away at his home on Saturday, June 27.
He was born in Adamsville, on Oct. 16, 1955.
He married Jana Odom in 2013. They had two honorary children, Thomas E. and Ginger Smith; and one honorary grandson, Landon Smith, whom he loved very much. He enjoyed them immensely.
He had two children, John Damon Blevins and Amanda Blevins; and two stepdaughters, Beth Baugus and Jana Talley of Savannah.
Glenn attended college, obtaining a master’s degree in computer programming. He worked as a computer programmer for 38 years. He went on disability while working for Huntingdon National Bank in Akron, Ohio. He proudly served his country in the U.S. Air Force during the Vietnam War. He was a Baptist.
He enjoyed collecting rare coins. He enjoyed going to the Smoky Mountains. He loved seeing God’s wonders in the mountains. It would make him cry at the miracles God has made.
Glenn is survived by his wife, Jana Blevins; one son, John Damon Blevins of Potts Camp, Mississippi; five grandchildren; four great-grandchildren; four step grandchildren; and a brother, Donald Blevins of Crump.
He was preceded in death by his parents, William Blevins and Hazel Blevins; and one brother, Jimmy Blevins.
Due to COVID-19 quarantine, family had a private memorial celebrating his life. Donations can be made to Oakland Baptist Church, Corinth, Mississippi.
Jana Blevins would like to give a special thanks to Samuel Clagett Talley for stepping in and taking care of all business and arrangements as she was not able.