Leanne Peace, a Savannah woman who was charged with first degree murder last November in connection with the remains of her father found in her Pleasant Street home, has pleaded guilty to lesser offenses. 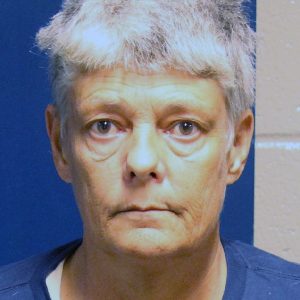 Hardin County Circuit Court Judge Creed McGinley on Thursday accepted Peace’s pleas of guilty to abuse of a corpse and aggravated cruelty to animals.
He sentenced Peace to two years on each charge, to run concurrent, with credit for time served. As a range one offender, Peace must serve at least 30% of her sentence before being eligible for parole.
In addition to murder, Peace was also originally charged with aggravated neglect of an elderly or vulnerable adult, and animal cruelty.
Assistant District Attorney General Vance Dennis said the homicide charge was dismissed “because there is insufficient evidence to proceed on that charge. However, the charge is being dismissed without prejudice, which means that a homicide charge could be brought in the future if new information warrants such action.”
Peace’s father, Jack Peace, 80, lived with Leanne and was in her care and custody.
According to arrest affidavits, the investigation into Peace began on Sept. 22, 2019, when Hardin County Animal Services was called to the home on Pleasant Street to investigate a report of two dogs seen in the home and thought to be abandoned.
The investigator’s report says neighbors had not seen Peace for two or three days at the home, which was without electric or water service. Peace is said to have told friends she was living at Savannah Motel while the house was being renovated.
The dogs, described as skinny and in poor health, were taken into the custody of animal control.
A Savannah police officer was again called to the home on Oct. 17, when a cleaning crew discovered a “blue tote with the lid on it and sealed with tape.” The report says the cleaners opened the tote to discover the decomposing body of a dog inside.
The report described the home as having poor lighting and ventilation, filled with trash and the floor completely covered by dog feces.
On Oct. 18, Savannah officers were again dispatched to the home and directed to an area where a human cranium and thigh bone were located.
The report says the remains were in the living room of the house occupied by Leanne Peace, and that a cause of death had not yet been determined. The remains were transported to West Tennessee Regional Medical Center for autopsy.
The remains were later identified as those of Jack Peace.
An arrest warrant was issued for Leanne Peace and Savannah police put out a public request for information regarding her whereabouts on Oct. 25.
City police said on Oct. 29 that she had been arrested. Warrants show she was taken into custody in Fulton, Kentucky, and when TBI agents attempted to interview her, Peace refused to disclose the location of her father or his condition.
An attorney representing Peace could not be immediately reached for comment.