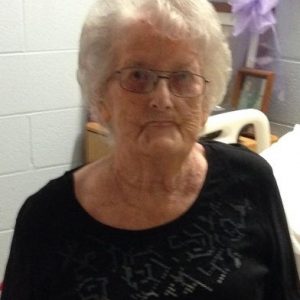 Esther Lee Highland Bosley, of Savannah, departed this life on Thursday, Aug. 13, at the age of 88 years, 8 months and 8 days.
She was born in Savannah on Dec. 5, 1931, the daughter of the late Amie Cobern and Lillie Mae English Highland. On June 27, 1946, she was united in marriage to William Carter Bosley. He preceded his wife in death on Oct. 1, 1988.
Esther loved her kids and her family. She enjoyed reading, especially her Bible.
Esther is survived by her children, William Bosley Jr., Virginia Pierce and Judy Breedlove, all of Savannah, Penny Burns and her husband Harley of Utica, Missouri, Rebecca Washburn of Tyler, Texas, and Timothy Bosley of Saltillo; sisters, Wilma Linville of Savannah, Frankie White of Elsberry, Missouri, Dee Conell of Hillsboro, Missouri, and Letha Benson of Savannah; and numerous grandchildren, great-grandchildren, and great-great-grandchildren.
In addition to her parents and husband, Esther was preceded in death by a son, James Bosley; stepson, Kyle Bosley; three grandsons; two great-grandsons; and a brother, Grady Highland.
Services were held on Monday, Aug. 17, at 1 p.m., at Shackelford Funeral Directors of Savannah with David Highland and David Weatherford officiating. Burial followed in Walnut Grove Cemetery at Savannah.