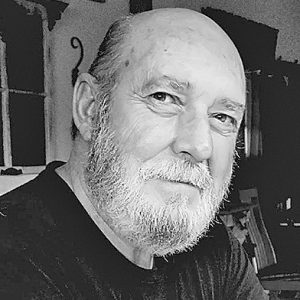 Vernon Hobbs was born Oct. 5, 1949, in Kansas City, Missouri, the son of Viola Jean Boes Hobbs and the late Vernon Edward Hobbs. He was united in marriage to Lisa Downs on April 25, 2015. Vern retired from MaxTrans as a truck driver and had also worked for Martin Lockheed Aerospace. He was a member of the Cowboy Church in Morris Chapel, Tennessee, Loyal order of the Moose, American Legion, Veterans of Foreign Wars and the Elks Lodge. He served his country honorably in the United States Navy from 1975 to 1981. Vern enjoyed fishing, raising pheasants and riding his motorcycle. Vern departed this life on Wednesday, July 15, in Morris Chapel, at the age of 70 years, 9 months, 10 days. He is survived by his wife Lisa Hobbs of Morris Chapel; a daughter, Kelly Heinrich and husband Eric; a son, Scott Hobbs and wife Stephanie; two stepdaughters, Sharla Fossen and Shana Downs; a sister, Mary Hobbs; two brothers, Richard Hobbs and wife Maria and Thomas Hobbs and wife Kathryn; five grandchildren: Evan Heinrich, Michael Fossen, Rodney Carden, Elisa Carden, and Andy Carden; and a host of extended family and friends. In addition to his father, Vern was preceded in death by a son, Jason Hobbs. In lieu of flowers, the family requests that donations be made to: www.HomelessMilitaryVeterans.org. A memorial service will be held at 1 p.m., on Saturday, Aug. 8, at Morris Chapel Community Center, 8695 Coffee Landing Road, Morris Chapel, Tennessee 38361.