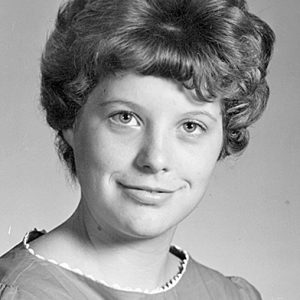 Linda Mitchell, of Counce, departed this life on Sunday, Aug. 9, at the age of 72 years, 1 month and 29 days.
She was able to touch so many lives over the past decades through multiple modalities. As a long standing member of Pisgah United Methodist, she has formed bonds that equal that of family. For several decades she has served in multiple capacities in the food service industry. Countless times she would go out of her way to make her customers happy. As a result, random people would speak glowingly about what she has meant to them. Her loyalty to them was returned likewise. She was an incredible mother who always went out of her way for her children. This love grew as she was blessed with grandchildren and great-grandchildren.
She is survived by her two children, her son Greg Mitchell and wife Jessica of Savannah, as well as her daughter Melissa Rich and her boyfriend Jemira Irvin of Counce. She is also survived by five grandchildren, Olivia Wilson, Charlie Rich, Marie Evans, Logan Mitchell and Adalyn Mitchell. There are also two great-grandchildren, Ainsley Cass and Ava Cass. She also leaves behind three siblings that include her sister Libby Sagely as well as two brothers, Harold Love and Joe Love. There is an extensive list of extended family that she loved and adored.
She was preceded in death by her mother Lois Love along with her father Walker Love.
Unfortunately as a result of the current pandemic, traditional visitation will not take place. There will be a small graveside ceremony at Pisgah United Methodist in Shiloh. Those in attendance will need to wear a mask as we take every precaution to protect our friends and family.