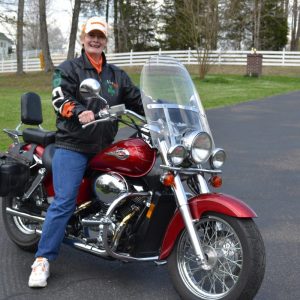 Judith “Judy” Ann Flanagan, age 70, died July 29, at her home in Savannah.
Judy was born April 28, 1950, in Lubbock, Texas. Judy’s family moved to Kissimmee, Florida, where Judy grew up, graduating from Osceola High School in 1968. Judy graduated from Memphis State University in 1972 and received a Masters degree in communications from the University of Tennessee in 2004. Judy also lived in Knoxville and Gatlinburg prior to retiring in Savannah.
Judy had a successful career in event management, specializing in planning and directing parades. Her career began at Walt Disney World, and led her to important roles in both national and international event planning. Judy’s outstanding contributions in National Parade Events planning/directing include:
Walt Disney World Parade One/Character Supervisor: 1975–1981; 1982 World’s Fair, Knoxville; 1984 World’s Fair, New Orleans, Louisiana; Gatlinburg Christmas Parades 1981–1985, Gatlinburg; Hardin County Tennessee Veteran’s Day Parades 2009-2011.
In 2015, Judy was honored with the Jefferson Cup by the University of Tennessee for her service as director of events from 1990-2006. Judy also directed the Main Street program for the City of Savannah from 2006-2012.
Judy’s legacy in event planning and animal rights will be remembered through two scholarships at the University of Tennessee. The Judy Flanagan Special Events scholarship and the Judy Flanagan Animal Law Excellence Endowment will continue her passion in these areas.
Judy is survived by two brothers and their families: James “Jim” and Marcie Flanagan of Longwood, Florida and Jim’s son, Sean Patrick and Tracy Flanagan of Lake Mary, Florida and their three children, Logan, Bailey and Kirsten; John and Maryann Flanagan of Nashville and their children, Amy Jean, Clinton and Devin.
Judy is preceded in death by her parents, James Joseph Flanagan Jr. and Emily Jean Breckenridge Flanagan.
Graveside services will be held on Saturday, Aug. 15, at 11 a.m., at Mount Hermon Cemetery in Savannah. In lieu of flowers, the family suggests donations to the Judy Flanagan scholarships at the University of Tennessee.
There will be “A Celebration of Judy’s Life” at Tennessee Street Park, Tennessee Pavilion located at 200 Tennessee Street in Savannah, immediately following the graveside service until 2 p.m. for those who would like to congregate in Judy’s name.