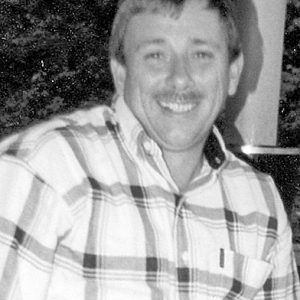 Jerry O. Johnson, of Counce, was born in Corinth, Mississippi on Aug. 21, 1953, the son of the late Leslie and Eunice Riddell Johnson. On Sept. 27, 1974, he was united in marriage to Regina Ann Carnal, who survives. Jerry worked for 30 years as a millwright for Packaging Corporation of America (PCA) and was a member of Local 978 United Steel Workers Union. He lived all his life in Hardin County, where he was a member of Center Hill Baptist Church, Board of Director for Tennessee River Federal Credit Union and former member of District 3 Fire Department. Jerry, in his spare time, enjoyed fishing, camping, shopping with his wife, and going our to eat. He was an all around kind of guy who would help anyone, helping friends and neighbors with their computer, family with sod farm, and his sisters in their gardens. Jerry departed this life on Sunday, July 12, in Counce, at the age of 66 years, 10 months and 21 days. In addition to his wife of 45 years, Regina of Counce, he is survived by two sisters, Nina Johnson and Sue Roberts, both of Counce; and his fur babies, Bella, Monster and Buddy. Jerry is also survived by Jackie Stevens of Stantonville, Tennessee, whom he thought of like a daughter. He was preceded in death by his parents, Leslie and Eunice Johnson; daughter, Amanda Nicole Johnson; brother, Steve Johnson; and his grandparents, Edgar Allen Johnson, Bannie Greer Johnson, Troy David Riddell and Pauline Sanders Riddell. Services were held on Wednesday, July 15, at 1 p.m., at Shackelford Funeral Directors of Savannah with Keith Driskell and Paul Childers officiating. Burial followed in Center Hill Cemetery at Counce.