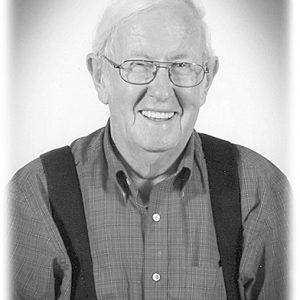 James William Wilkerson, of Savannah, was born in Savannah on July 28, 1932, the son of the late Con and Edna Wilkerson. On Nov. 5, 1950, he was united in marriage to Allie Lorene Copeland, they would have celebrated their 70th wedding anniversary this year. James passed away on Saturday, Aug. 1. James was the owner and operator of Savannah Tool & Die and was a member of Calvary Baptist Church. He loved to play bluegrass music and would travel to bluegrass festivals in his custom bus for pickin’ and grinnin.’ In addition to his wife, Lorene of Savannah, he is survived by his children, Roger Wilkerson, Sandra Wilkerson-Rich, Ricky Wilkerson, Fay Wilkerson-Russom and Ray Wilkerson; eight grandchildren and 26 great-grandchildren; sister, Wanda Wilkerson; and brother, Joe Wilkerson. James was preceded in death by his parents; one daughter, Mary Wilkerson-Shiver; three sisters, Connie Mae Wilkerson, Shirley Wilkerson, Artie Marie Gaia and two infant sisters, Yvonne and Geraldine,; and three brothers, R.C. Wilkerson, John Wilkerson and Gary Wilkerson. Services were held on Tuesday, Aug. 4, at 11 a.m., at Shackelford Funeral Directors of Savannah with Patrick Godwin officiating. Burial followed in Neill Cemetery at Savannah.