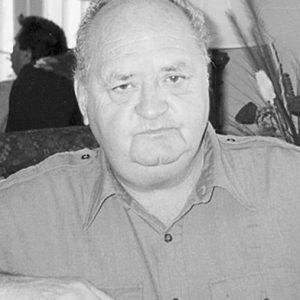 Elbert Johnson, of Iuka, Mississippi, was born in Wayne County on March 25, 1944, the son of the late Alfred David and Etta Kathleen Bratton Johnson. On March 4, 1967, he was united in marriage to Betty Burks, who survives. Elbert loved his family and always enjoyed the time he had with them. Cooking was something else he enjoyed, and it gave him more time with family and friends, especially when they would cook fish and have large fish fries together. He farmed for most of his adult life. Elbert owned Johnson’s Restaurant and later worked as a security guard for Shiloh Falls, both for 30 years each and consistently farmed while working those jobs. Working was something that was never bothersome for Elbert, he took pride in his work and liked to stay busy. He attended church at Poplar Springs Freewill Baptist Church. Elbert departed this life on Monday, July 20, at the age of 76 years, 3 months and 25 days. He is survived by his wife of 53 years, Betty Johnson of Iuka, Mississippi; a son, Tracy Johnson of Iuka, Mississippi; a daughter, Tammy Chrestman and her husband Craig of Adamsville; grandchildren, Benjamin and Sarah Chrestman, both of Adamsville; and a brother, Larry Johnson and his wife Belinda of Shiloh. In addition to his parents, Elbert was preceded in death by his sisters, Dorothy Johnson, Marie DeBerry and Glenda DeBerry; and brothers, Edward, Gary, Doyle and Teddy Johnson. Services were held on Wednesday, July 29, at 3 p.m., at Shackelford Funeral Directors of Savannah with Paul Childers officiating. Burial followed in Shiloh Methodist Church Cemetery at Shiloh.