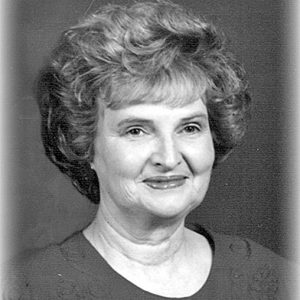 Billie D. Bryan was born March 28, 1937, in Stantonville, the daughter of the late Frank Evans and Frankie Gladish Evans. She was united in marriage to Billy Eugene Bryan on June 15, 1963. She was a beautician for 37 years. She was a member of West Shiloh Baptist Church in Stantonville. She enjoyed cooking, sewing and traveling. Billie was a friendly spirit who loved being with friends, family and attending church functions. She always took care of everyone she could. Mrs. Bryan departed this life on Sunday, July 5, in Corinth, Mississippi, at the age of 83 years, three months, seven days. She is survived by her husband, Billy Eugene Bryan of Shiloh; a son, Randall Burks of Shiloh; four grandchildren, Brooke Burks, Bryan Burks, Paige Burks, Sarah Cagle and husband Jonathan; three great-grandchildren, Meredith Jones, Patrick Cagle, Wally Cagle; a sister, Patsy Cooksey and husband Jimmy of Shiloh; a brother, Robert Evans and wife Jan of West Palm Beach, Florida. In addition to her parents, Mrs. Bryan was preceded in death by a son, Sidney Burks. Services were held on Wednesday, July 8, at 3 p.m., at Shackelford Funeral Directors in Selmer with James Stophel and Bryan Burks officiating. Burial followed in West Shiloh Cemetery at Stantonville.