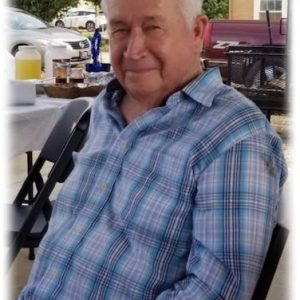 Arvil “Buddy” Claud Monday, of Counce, was born in Eden, Mississippi, on Aug. 16, 1933, the son of the late Earnest Elijah and Lena Bell Rowe Monday.
On March 18, 1985, he was united in marriage to Mollie Ann Milender, who survives.
Buddy, as he was known by everyone, served his country in the United States Army from 1953 to 1955. After the military he worked as a construction superintendent for Joe Fruin Contractors until his retirement. Buddy and his wife Mollie later opened and operated for 10 years their own restaurant, Mollie Monday’s.
He was a member of Woodmen of the World, National Wildlife Turkey Federation and Hardin County Hunting For A Cure. In his spare time he loved hunting, fishing, gardening, and picking on his brother. Buddy’s greatest love was playing with his grandchildren.
He departed this life on Friday, Aug. 7, in Counce, at the age of 86 years, 11 months and 22 days.
In addition to his wife of 35 years, Mollie of Counce, he is survived by his children, Brenda Gail Hisaw and Arvil Claud Monday Jr., both of Yazoo City, Mississippi, Teressa Jones of Henderson, Tennessee, and Wanda Vires of Finger, Tennessee; 14 grandchildren, 20 great-grandchildren, and three great-great-grandchildren; and one brother, Joseph Robert Monday of Tallahatchie County, Mississippi.
Buddy was preceded in death by his parents; two sons, Jerry Lyn Monday and Charlie Brown Gladish; and one sister, Rowena Monday Drinkwater.
Services were held on Monday, Aug. 10, at 3 p.m., at Shackelford Funeral Directors of Savannah with Patrick Godwin and Paul Childers officiating. Burial followed in White Sulphur Cemetery at Pickwick Dam.