Two local men are charged with first degree murder for what Hardin County Sheriff Johnny Alexander says was the killing of a missing military veteran. 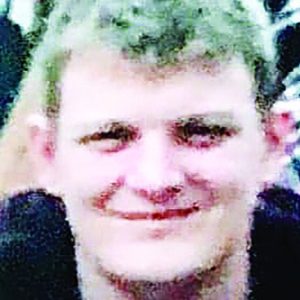 Terry Woodall was 30 and said to be suffering from post traumatic stress disorder when he went missing in September 2018.
Nearly two years later, Christopher Dewayne King, 25, and Shawn Michael Wisniewski, 28, are now facing charges of first degree murder, abuse of a corpse, arson and destruction of evidence in connection with Woodall’s death.
Charges on King and Wisniewski were walked in to the Hardin County Grand Jury by prosecutors on July 20, and true bills were returned on both. Tuesday morning, their indictments were announced by Alexander. Both men are being held at the Hardin County jail on $100,000 bond, awaiting arraignment.
Woodall, Wisniewski and King are reported to have lived in a mobile home at 1200 Swiney Road in Hardin County. That’s where the murder is believed to have occurred and where Woodall’s remains were found.
According to the sheriff, on May 15, 2019, about eight months after Woodall went missing, the Hardin County Fire Department was dispatched to the mobile home. When firefighters arrived, the dwelling where the three men lived when Woodall went missing was fully involved and burned to the ground.
On July 11, 2019, Woodall’s remains were recovered from a burn pile on the property, behind the burned trailer.
The investigation that discovered Woodall’s alleged murder and the location of his remains was led by the Sheriff’s Department and later joined by agents of the Tennessee Bureau of Investigation.
The crime scene excavation on July 11 that recovered Woodall’s remains was led by Dr. Ben Figura, a forensic anthropologist with the West Tennessee Regional Forensic Center, along with members of the famed University of Tennessee Forensic Anthropology Department, also known as “The Body Farm” in many detective and crime novels.
Woodall was raised in north Georgia, and after his military service lived in Hardin County for about four years, Alexander said. He was known to have lived in the Crump and Old Union areas, and the Swiney Road location was his last known address.
The last definitive sighting of Woodall was on Sept. 10, 2018, as he left his home late in the evening.
Alexander said Woodall was known to do odd jobs and handyman work, and on Sept. 11, 2018, a man went to the Swiney Road residence to pick Woodall up for work. King and Wisniewski told the man that Woodall had left and they didn’t know where he was.
At the time of his disappearance, The Courier reported that a Hardin County E-911 missing person alert advised Woodall had recently sought treatment at the Veterans Administration hospital in Memphis for PTSD related to his overseas service.
Launching the search, Alexander said, “We want to find this man – we’ve committed serious resources to finding him, and we’re going to keep working to find him. We want to find him not only to ensure his safety and well-being, but also for the peace of mind of his family and friends.” 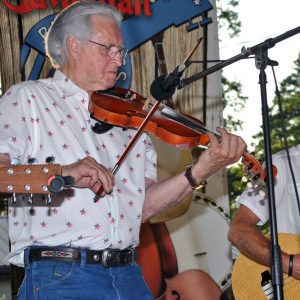