(Ed. note: This story was submitted by Hardin Medical Center.)
•
The Spitzley family of six from Savannah was very concerned about getting the COVID-19 virus and did everything recommended of them trying to stay safe.
Rena Spitzley, the matriarch of the family, said, “We were concerned about getting the virus, so we stayed home since early March. Only my husband or I would go into a store but always wearing a mask, and we always sanitized. Our kids only left home for a drive down the road for fresh air. We did not let them out anywhere. We did not visit family inside their homes and did not allow visitors inside our home,” said Rena.
Even though they stayed home as much as possible, washed their hands frequently, social distanced, and wore masks out in public, on Tuesday, May 26, several family members developed symptoms, including a dry cough, severe gastrointestinal issues, and migraine headaches.
After being tested at the Hardin County Health Department, and then asked to quarantine until the results were back, Rena Spitzley said five of their six family members were positive for COVID-19. Their youngest child was initially negative but later also confirmed positive. As the days progressed, their symptoms quickly worsened to include extreme fatigue, body aches, sinus issues, burning nose, brain fog, vivid or scary dreams, complete loss of smell and taste, night sweats, and memory loss.
Rena said, “I personally experienced every symptom except fever. I never once ran a fever. My husband, Nick, had a high fever that ranged between 101 and 103 degrees for four or more days, along with most of the other symptoms. Our 15-year-old daughter, Gracie, never had a fever and experienced most of the other symptoms. Kira, our 13-year-old daughter, had a fever and sinus issues while our 12-year-old daughter Harley suffered from fever, sinus issues, fatigue, bad dreams, and migraine headaches. Our youngest child, 6-year-old Logan, who initially tested negative but was quarantined as well due to exposure to the rest of the family, only had a fever for one day and a bit of fatigue.”
The length of time the family suffered from COVID-19 symptoms ranged between two weeks and 18 days. However, Rena stated that although everyone in their family has recovered, she still could not do normal activities without a nap because of fatigue.
“I also developed a spell of breathing difficulty after I had recovered. I could not take a deep breath for a few weeks afterward,” said Rena. “I am still having some memory issues, and anyone who knows me can tell you how great I was at remembering everything,” she added.
Rena said the family contracted the virus from family members after a short visit on their front lawn. “The family members had no symptoms, but found out a few days later that they had been exposed to the virus after returning from personal business in Middle Tennessee.” The family members then warned the Spitzleys of their exposure before becoming ill themselves. They have since recovered.
Rena added, “We got sick shortly after the visit with them. Once their tests came back positive, we immediately were tested and had positive results within a few days. I already knew we were positive before the results were back because we were so sick.”
Rena said she had many initial emotions, including fear, sadness, and anger, because she and her family had done everything to try to stay safe. Luckily, the family never had to seek medical attention from their doctor or the local hospital. “Had we gotten worse, we would have most definitely gone to the emergency room. A nurse from the Tennessee Department of Health called daily to check on us,” said Rena.
When asked about the community’s reactions during their illness, Rena said, “Once we were released on June 14 by the health department to safely return to normal life, my husband Nick went out for groceries and food. Someone in the community called the health department to report him. That was scary for us. But the good news is that during our ordeal, sweet friends delivered groceries to us and left them inside our carport.”
Although her family has battled and recovered somewhat from COVID-19, she explains why some think wearing a mask in public is unnecessary.
“It’s because it’s a new virus that we don’t have enough information about yet. Most of us are scared of the unknown, so we want to protect ourselves no matter what. We have the ‘better safe than sorry’ mentality. Others, however, need all the facts in front of them before they take COVID-19 seriously. People have been lied to by the media so much that they don’t trust it’s happening. It has to touch them personally before they take action, but by then it is too late,” said Rena.
The Spitzley family said they got through their ordeal with lots of prayers. “We are a God-loving, praying family. God has brought us through so much — you could not imagine. It’s only human to feel scared and worried, but God brings peace and comfort,” said Rena. She also encourages anyone with COVID-19 to stay positive. Try not to worry because that makes everything worse, although that’s easier said than done, she adds. Just get plenty of rest, pray about it, and build a sound support system. Having friends to help with things and someone to talk to helps. Stay in contact with a nurse if you start feeling worse.
“I hate wearing a mask, and masks do not prevent it from spreading 100%, but it does reduce the inoculum (virus load) you might take in. We spew so much out of our mouths just by talking, and the mask helps keep a lot of that out of the air. People may still get it, but it might not be as severe as someone who does not have protection. We need to think about the health of others when we are out in public,” she added. 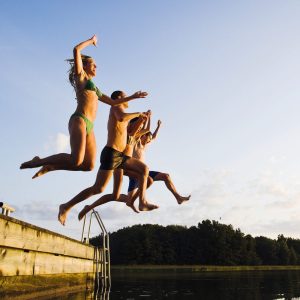 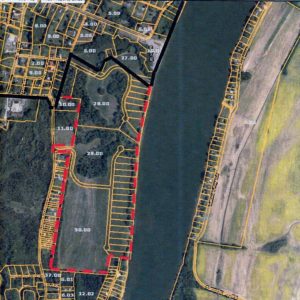 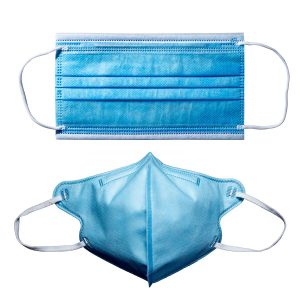