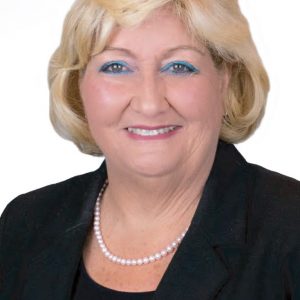 Henry County attorney Vicki Hodge Hoover is running for chancellor of the 24th Judicial District in the Aug. 6 election.
She’s a fifth generation Tennessean who grew up in Hardin County, and she currently lives and practices in Paris, Tennessee.
The 24th Judicial District includes Hardin, Henry, Benton, Carroll, and Decatur counties.
As the Republican Party nominee for chancellor, Hoover says she is a “common sense conservative” who credits the person she is today to the values and morals she learned growing up in Savannah.
She added she learned those lessons not just from her experiences in Hardin County, but from her parents, who instilled in her a strong work ethic. She said that from her mother particularly, she gained the knowledge that a woman can accomplish anything she sets her mind to.
“Hardin County made me what I am; my morals, attitude, habits – everything was formed by my childhood in Hardin County. Also, my mother had a business degree in the 1940s, which wasn’t common at that time, and she taught me I could do anything I wanted to do. She held the ladder for me and I climbed it, and then we both held the ladder for my daughter, who’s now an attorney, while she climbed it as well,” Hoover said.
Her father, who Hoover says was a farm boy who knew how to run a tractor, was a “Fighting Seabee” in WWII, which is the term for sailors who perform militarized construction work.
“Because he knew how to run heavy equipment, he built airstrips in the Pacific. We traveled a lot when I was young. When school was out we’d travel, and we’d come home to Savannah for winters, until about third grade,” Hoover said.
It was at that point her family settled in Hardin County, after her father got an offer from Kellogg, which was building the paper mill in Counce which became, at that time, Tennessee River Pulp and Paper, to run a piece of their heavy equipment. He became one of the first employees and helped build the site of what is now Packaging Corporation of America, she said.
Hoover grew up on Harbert Drive and went on to graduate from Hardin County High School, as an active participant in her church and the 4H Club, as well as being a Rainbow Girl, because her father was a Mason.
Following high school, Hoover first earned a bachelor’s in business administration from Memphis State University. She combined her education with experience she’d gained as a candy striper, in her grandfather’s nursing home, to get a job at St. Francis Hospital in Memphis, first as a unit secretary, transcribing doctors’ orders.
She parlayed that job into hospital management, in human resources, and from that rose to being a leader and speaker of management seminars and a management consultant, continuously climbing the ladder.
Hoover ultimately found herself in charge of human resources of the 11-state southern region for Domino’s Pizza, which is when she turned her thoughts to law school.
While working at Domino’s full-time, Hoover attended Nashville School of Law part-time at night, and earned her Doctor of Jurisprudence there.
Since then, Hoover has practiced as a litigator for 28 years, handling thousands of cases across the district and state, with a focus on family law. She has also served the cities of Henry and Big Sandy as municipal judge for 22 years and 10 years, respectively.
Hoover is also a mediator of civil, family law and domestic violence disputes, which she says gives her qualifications to be chancellor.
Chancellors are judges who hear family law cases such as divorces, child custody disputes and adoptions, and cases such as probate, wills and estates, name changes and property boundary disputes.
“I can come up with very creative family plans. You have to find a way to reason with parties and come up with a fair, workable plan that both sides can follow and the children will be happy with. When a mother and father walk into my courtroom they are both equal, and children want to be in a household with no rules – so as chancellor you have to be wise, have knowledge of the law, and have common sense, so you can determine the dynamic of the family,” Hoover said.
She said her wide variety of experiences helped her learn to respect teachers, whom she leans on when in the courtroom.
“Children are molded into who they are by age 5, and that’s why I have such a great respect for teachers, because if a teacher comes into my court and testifies, I know they know what they’re talking about. A teacher – a preschool teacher – can pinpoint whether a child’s going to go to prison, or if they’re going to be a good father, or if they’re going to be a good, upstanding citizen,” Hoover said.
Given a variety of life experiences, Hoover shared how she sees life.
“I think your life is like a funnel. If you think of a funnel, all these things are placed into your funnel bucket. And then you make the decision of what you do with the stuff you’ve got in that bucket. I have all the habits and attitudes and morals in my bucket from my teachers, my church family, my 4H family, my Rainbow family, all that – and then I had to decide what I was going to pull out of that bucket and what I was going to use,” Hoover said.