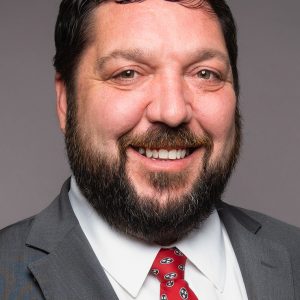 Savannah attorney Ben Harmon is running for chancellor of the 24th Judicial District in the Aug. 6 election.
“I’m the Independent candidate for chancellor, because partisan politics has no place in the courtroom. The chancellor must be fair and impartial in their decision making; therefore they must be independent in their rulings,” Harmon said.
The 24th Judicial District includes Hardin, Carroll, Henry, Benton, and Decatur counties.
“As important as this election is to me, I am, first and foremost, a father to two beautiful daughters. I take a lot of pride in my children, and I am amazed every day by what wonderful young women they have become,” Harmon said.
He added, “I am a lifelong resident of Hardin County and a second-generation attorney. My father, the late Ron Harmon, was the former Chancellor of the 24th Judicial District.”
Harmon said that as the son of a former chancellor, he’s had the privilege of growing up in the company of “some of the best judges in the state of Tennessee,” and said one thing they all had in common was not allowing partisan politics to enter into their job.
He said that running for this particular office – one formerly held by his father Ron E. Harmon, who died in September 2013, while still chancellor of the 24th – holds particular emotional significance for him.
“I started traveling this district with him when I was a young man, and I have always felt like the whole district is my home. He was a fair, honest and hardworking judge, just as I will be, if the citizens choose to elect me.”
Harmon said when he was about to graduate from the University of North Alabama with a bachelor’s degree in business administration and majoring in economics, he first thought of pursuing a doctorate in economics.
But Harmon credits his grandmother, Betty Harmon, with giving him the gentle nudge that set him on his legal path.
“I applied to law school, and was accepted in April, with a start date in August. I was still kind of thinking about an advanced degree in economics, and I asked her, ‘Grandma, do you know if I go to law school, I’m not going to graduate until I’m 34 years old?’ She looked right back at me and asked, ‘You’re gonna be 34 years old anyway, you know that, right?’ I had a good laugh and realized, you can’t argue with that logic – so here I am,” Harmon said with a laugh.
“I mean, my entire family supported me, and I love all of them for all they’ve done for me, but yeah; it was Grandma that steered me in the right direction, and it definitely was the right decision. She was an amazing woman, and I miss her every day.”
Harmon went on to graduate from the Cecil C. Humphreys School of Law at the University of Memphis, and, after passing the bar exam, was sworn in as a practicing member of the Tennessee Bar by his father.
“My father told me, ‘This isn’t a 9-5 job, you have to love the law.’ I’m happy to say I love the law; I love studying not just what the law is, but why it is the way it is. I believe in the law. I believe the Constitution, and its Amendments, is the greatest social document, the greatest compact to govern government, ever created in all of history,” Harmon said. “It, as well as the constitution of the Great State of Tennessee, means a lot to me. I swore an oath to uphold and protect them both when my father swore me in as a member of the Tennessee bar, and with the confidence of the voters behind me, I am ready to swear another oath to uphold and protect them both as chancellor – every part of them.”
Harmon said he believes the position of chancellor is a position of service to one’s community, and he was raised from a young age to believe that a person should serve their community in whatever capacity possible. He has served on numerous committees and boards over the years.
He is the current chairman of the Historic Zoning Commission in Savannah, and a Savannah Housing Authority commissioner.
There’s no jury in Chancery Court cases. The chancellor determines what actually happened between two or more parties and decides what law applies to the case.
And while it’s important to know the law, perhaps the supreme qualification for a chancellor is have the ability to understand and empathize with the people who stand before you, and make fair and just decisions, Harmon said.
“I’ve learned that lesson from my father from a young age. I’ve learned that from the judges and lawyers he associated with and introduced me to over most of my life. I’ve learned that in practice, representing thousands of clients over a wide range of types of cases, and listening to their stories – and I am ready to put all I’ve learned into practice, by being a fair and just judge,” he said.” I have the compassion, independence and commitment to be your chancellor and I am sincerely asking for your vote.”