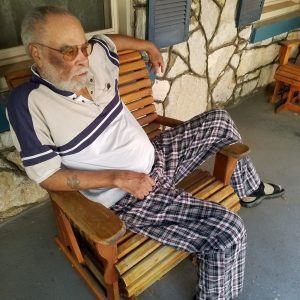 James Watt “J.W.” Holt, 88, of Savannah, departed this life peacefully in his home on Friday, July 3.
Shortly after completing his education, J.W. made the selfless decision to serve his country, enlisting early in the United States Army at the age of 17. He performed admirably as a soldier throughout his 23 years as a member of the armed forces, seeing combat action in the Vietnam and Korean Wars.
J.W. was promoted to the rank of Master Sergeant where, alongside with his duties as a defender of America at home and abroad, he was charged with the important responsibility of training the newly enlisted into the professionally trained soldiers the Army needed them to be. There was no duty in which J.W. had more pride, or by which he was more humbled to perform. J.W. received an honorable discharge from active duty in 1972, having been duly decorated with many awards of valor and honor.
J.W. returned home to Savannah in 1972 with a continued commitment to service. Seeing law enforcement as a calling, he joined the Savannah Police Department in 1973, the first black man to serve as a peace officer in Hardin County’s 56-year history. He spent six years in the police department until retiring in 1979. With now two full careers behind him, J.W. found himself restless, still wanting to make use of his considerable experience in law enforcement to the benefit of his community. In 1981, he joined the Hardin County Sheriff’s Department, serving as a deputy, Chief Jailer, Field Training Officer and Jail Administrator until his final retirement in September 2000.
Later in life, J.W. renewed his relationship with Jesus Christ by joining Love and Truth Ministries, where he functioned as a dedicated member and patron until his passing. J.W. was very much a “man’s man”, recognized by all who knew him as a person of conviction and principle. He will be sorely missed by all the lives he touched throughout his redoubtable career of military and civil service.
Those J.W. leaves behind to cherish his memory include his three children, James R. Holt, Angelia E. Burns, and Jamie (Daniel) Ramos; 13 grandchildren; nine great-grandchildren and a host of nephews, nieces, cousins and friends.
J.W. was preceded in death by his parents, Lawson Holt and Hazel Casey; one stepson, Scott Harrison Bland; sister, Tillie Broyles; brother, Luther Holt; as well as his maternal and paternal grandparents.
Memorial Services were held on July 8 at 11 a.m. at Shackelford Funeral Directors in Savannah, Tennessee, with A. J. Fowler officiating.