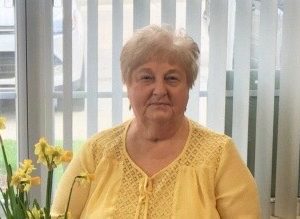 Dorothy Louise Michael-Stewart, 76, of Defiance, Ohio, passed away Thursday, June 25.
She was born on Feb. 9, 1944, in McNairy County, Tennessee. On Sept. 3, 1961, she married James Michael, who proceeded her in death in 2002. They had two children, Randy (Lori Harmon) Michael and Allan (Rebecca) Michael.
In 2010, she married Thomas Stewart, who proceeded her in death.
Dorothy also leaves behind four grandchildren and five great-grandchildren. Dorothy was an avid singer in church as well as the family’s gospel band, The Crusaders.
Schaffer Funeral Home in Defiance are handling the arrangements. At a later date, a service will be held in Osceola, Indiana.