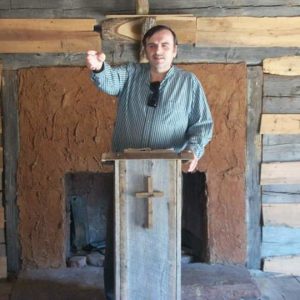 Michael Earl DuBeau Jr. was born in Pomona, California on May 27, 1963, the son of Michael Earl DuBeau Sr. and Betty Dian DuBeau.
Michael was a member of Hopewell Baptist Church. He had retired from Motorola after going blind. He was a devout Christian man who has now gone home to be with the Lord. Michael enjoyed fishing, golfing, and working in the yard. He also enjoyed playing games and spending time with his family. He was known for his goofiness and his love of a good joke.
Many remember him for raising his hands as he praised and worshipped at church. As he always said, “the nut is gone but the shell is still here.” Michael departed this life Friday, June 12 at the age of 57.
He is survived by his parents, Michael DuBeau Sr. and Betty Dian DuBeau. He is also survived by his wife, Donna Marie DuBeau; and daughter Anna Marie DuBeau.
His memorial service will be held at 11 a.m. on Saturday, June 20 at Hopewell Baptist Church in Savannah.