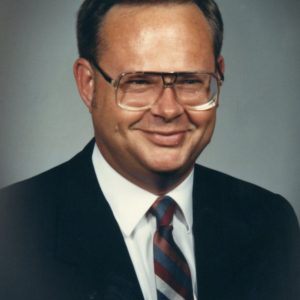 John Joel Wolfe departed this life on Monday, June 8, in Nashville, Tennessee at the age of 76 years, five months, and 12 days. He was born in Savannah on Dec. 27, 1943, the son of late George Raymond Wolfe and Mary Loral White. On April 3,  1964 he was united in marriage to Charlotte Ann Brown.
At the young age of 24, John assumed control of the family business. Wolfe Sales Company started out with 23 employees and quickly grew into a nationwide industry employing 235 loyal workers. He took special interest in the personal lives of his employees and believed happy employees resulted in success.
John retired at the age of 44 and began to pursue his lifelong love of hunting, fishing, and boating all over the country with his wife Charlotte and his hunting friends. John enjoyed being outdoors and spending time working with his heavy duty farm equipment at his farm.
John enjoyed being “Poppa” to his grandchildren Anna Page and John Mark Wolfe. He always encouraged them to reach for the stars and supported them greatly.
He is survived by his wife of 56 years, Charlotte Ann Wolfe:  and son, Mark Wolfe and wife Pam; and grandchildren, Anna Page and John Mark Wolfe.
He is preceded in death by his parents, George Raymond Wolfe and Mary Loral White; son, George Russell Wolfe; and sister, George Ann Ingram.
Services were held on June 11 at 1 p.m. at Shackelford Funeral Directors of Savannah with Charles Linam officiating. Burial  followed in the Memory Gardens at Savannah, Tennessee.