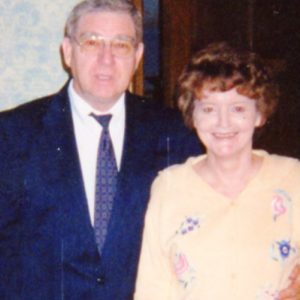 Eirlon Rose Scott departed this life on Saturday, June 13, at the age of 78 years and one day. She was born in Hardin County, Tennessee on June 12, 1942, the daughter of the late William Clantis and Sallie Waymon Cummings Rose. On June 25, 1960, she was united in marriage to William Edward “Bill” Scott, who preceded her in death on Sept. 2, 2007.
After they were married, Eirlon and her husband Bill lived in Memphis, Tennessee, where she worked as a beautician for several years. They later moved back to Savannah and she became a member of First Assembly of God. Eirlon enjoyed collecting dolls and sewing. She loved her family, and was a devoted mother and wife.
Eirlon is survived by her children, Joel E. Scott of Adamsville,  and Johnni Lynn Scott Hinton and her husband Michael of Savannah; grandchildren, Braelynn Hinton and one on the way; brother, Don Rose and his wife Kay of Savannah; and a host of nieces, nephews, and extended family.
In addition to her parents and husband, Eirlon was preceded in death by her sisters, Nila Faye Rose Mayhall, Helen Bowling, and Margie Loretta Rose; and brother, William Gene Rose.
Services were held on June 15,  at 1 p.m. at Shackelford Funeral Directors of Savannah with Jerry Milliken officiating. Burial followed in the Graham Cemetery at Savannah, Tennessee.