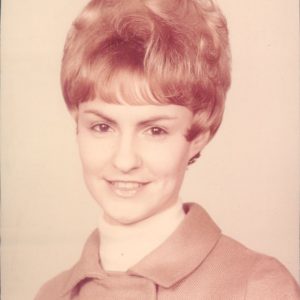 Nancy Jo Bishop Glaus, formerly of West Palm Beach, Florida, passed away at the age of 74 on Monday, June 1. Nancy was born in Memphis, Tennessee and grew up in Savannah, Tennessee.
She is preceded in death by her mother, Virginia Freeman Bishop; father, Joe Bishop; son, Joel Andrew Glaus; husband of 49 years, C. Henry Glaus.
She is survived by sisters-in-law, Linda Hagewood, White House, Tennessee, Patricia (Jerry) Simons, Pasadena, Texas; nieces, Jennie (Keegan) Graham, Pasadena, Texas and Melissa (Tim) St. Martin, College Station, Texas; nephews, Keith (Christy) Hagewood, White House, Tennessee and Matthew (Danielle) Hagewood, Cottontown, Tennessee; six great nieces, four great nephews and several cousins.
Nancy received her BA degree from Tennessee Technological University, where she met and married Henry in their senior year. Following graduation, they moved to Nashville, where she taught at the elementary school level for several years. Following Henry’s career path, they later moved to Maryville, Tennessee and on to Florida, where they resided until Henry’s death in 2016.
Nancy loved her family very much, caring for her mother, who lived with them in Florida for 18 years following her fathers death. She volunteered much of her time at Joel’s school, where he was active in the band and other activities. Nancy was devastated by Joel’s death in 2015 and then losing Henry one year later. Following Henry’s death, Nancy moved to Springfield, Tennessee, where she resided at Springfield Heights Assisted Living. She made friendships and became fond of several of the ladies there, including the staff.
A special thank you to the staff of Springfield Heights for their kind and thoughtful care of Nancy during the years she resided there and especially during her illness that led to the end of her life.
A graveside service was held at White House Memorial Gardens, 3639 Us-31W, White House, Tennessee on Saturday, June 6, at 2 p.m. with Keith Hagewood and Jerry Simons presiding. There is no visitation planned.
Arrangements entrusted to Austin & Bell 533 Highway 76 White House, Tenn. 37188 (615)672-5000 www.austinandbell.com