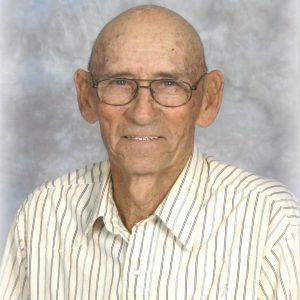 Raven David Clark was born Dec. 9, 1931 in McNairy County, Tennessee, the son of the late Uthel and Pairlee Inman Clark.
He was united in marriage to Willie Sue Essary on March 3, 1956. Mrs. Clark preceded him in death on Feb. 13, 1996. He served in the Tennessee National Guard for 12 years. Raven was a member of the Good Hope Baptist Church in Adamsville.  He was a hardworking lifelong farmer. He enjoyed hunting, spending time with family, church activities and bluegrass music.
Mr. Clark departed this life peacefully at his home with his family at his side on May 22 in Adamsville  at the age of 88 Years, five Months, 13 Days.
He is survived by a daughter, Donna Cunningham, and husband Randy of Morris Chapel; a son, Dudley Clark, of Adamsville; a grandchild, Desha Cunningham Stiddom , and husband Jeremiah; two great grandchildren, Eli Jacob Stiddom, Mylie Sue Stiddom; and a host of nieces, nephews, all of his National Guard buddies especially John Mitchell, and Good Hope Church family.
In addition to his wife and parents, Mr. Clark was preceded in death by two sisters, Martha Burford and Geradine Jones; and a grandchild, Nathan Clark Cunningham.
Services were held on May 25, at 11 a.m. at Good Hope Baptist Church in Adamsville with Randy Latch officiating. Burial followed in the Good Hope Cemetery at Adamsville,  assisted by Shackelford Funeral Directors of Selmer.