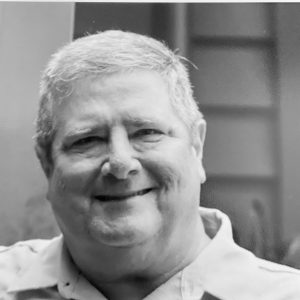 Joel Robert Webster, of Counce, passed away on May 11 at the age of 61. Joel was born on August 30, 1958 in Monterey, California. He was preceded in death by his parents, Dean and Mary Lois Webster.
Joel married Catherine Lewis on June 14, 1993. They lived in Albuquerque, New Mexico where Joel was a Senior Network Engineer with Intel until they retired in 2013 and made their home at Pickwick, Tennessee.
He is survived by his loving wife of 27 years, Catherine Webster; two daughters, Sarah (Josh) Gonzalez of Cottonwood, Arizona, and Emily Webster of Bethany, Oklahoma; his grandchildren Dre Jurcau, Trinity Gonzalez, Honor Gonzalez, Lucia Gonzalez, and Nova Gonzalez all of Cottonwood, Arizona; his brothers and sisters, Jeff (Lori) Webster of Mason, Texas, David (Mary Jane) Webster of Ft. Worth, Texas, Scott (Lolly) Webster of Austin, Texas, Sue (Mike) Rourke of Highlands Ranch, Colorado, Amy (Wayne) Pesek of Houston, Texas, Robert (Allison) Webster of Corpus Christi, Texas, Nancy Hilliard of Corpus Christi, Texas, and Jay (Lea) Webster of Anderson, South Carolina; his Mother-in-Law, Jean Lewis of Pickwick, Tennessee; two Sister-in-Laws; and 16 nieces and nephews.
Joel enjoyed spending time with his family and dear friends, boating on Pickwick Lake, and working in his yard. He was a board member of Shiloh Falls Homeowners Association and loved helping others. He was a loving son, husband, father, uncle and friend and will be greatly missed.
A Celebration of Life will be held at a later date.
In lieu of flowers, the family requests donations be made to The Table, 115 Belmont St., Savannah, Tenn. 38372.
Posted in Obituaries 2020