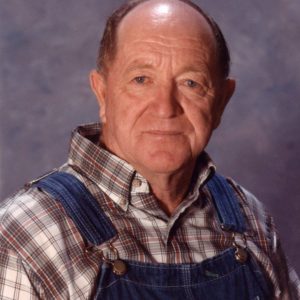 Harold Casteel Jr. departed this life Tuesday, May 5,  at the age of 83 years, one month, and three days. He was born in Hardin County, Tennessee on April 2, 1937, the son of the late Harold and Sally Hulen Casteel. On Sept. 14, 1960, he was united in marriage to Robbie Jo Franks, who survives.
For most of his life, he owned and operated a sawmill. After Harold retired from the sawmill, he worked for the Hardin County School System for eight years at Nixon Elementary as a custodian. He was a member of Campground United Methodist Church and attended Trinity United Methodist Church. Harold loved children, and enjoyed babysitting and gardening.
He is survived by his wife of almost 60 years, Robbie Jo Franks Casteel of Savannah; his children, Randy Casteel, and LaBreeska Cox and her husband Donnie, all of Savannah; his grandchildren, Darren Casteel, Cameron Casteel, Keller Casteel, Madelyn Cox, Lily Cox, and Courtney Cox;  his great grandchildren, Jade Smith, Abigail Smith, and Ryker Casteel; his sisters, Patsy Talley, Majorie Smith, Barbara Meeks, Mary Jo Stricklin, and Sharon Weber, all of Savannah; and his brother, Ronnie “Frog” Casteel, of Savannah.
In addition to his parents, Harold was preceded in death by his brothers, Billy Clyde Casteel, and Doug Casteel.
Services were  held on May 9,  at 1 p.m. at Shackelford Funeral Directors of Savannah with John Pennington and Jason Estes officiating. Burial followed  in the Campground Cemetery at Savannah, Tennessee.