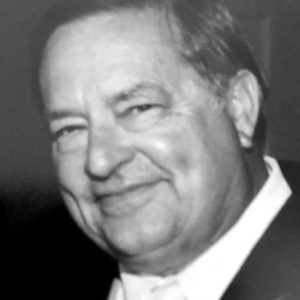 Robert Donald LeFebyre, 78, of Counce, died at Hardin Medical Center in Savannah, Monday, May 4. He was born May 4, 1942.
Bob was a retired jewelry wholesaler. He was a member of Pickwick United Methodist Church in Counce, where he  faithfully served during his adult life. He was chairman of the Personnel Committee at Pickwick United Methodist Church. He was very generous with his time at his church and was also very active with the United Methodist Men.
Bob loved playing and teaching tennis.  In his younger days he coached his children’s teams as they were growing up.  He also loved boating and spending time with his family.
He is survived by his wife of 53 years, Martha LeFebyre, of Counce; his son, Travis LeFebyre, of Bartlett; his daughter, Trisha LeFebyre Williams (Steve), of Nashville, Tennessee; four grandchildren, Emma LeFebvre, Olivia Williams, Jacob Williams and Luke Williams; his brothers, Jim LeFebvre (Jeannie) of Baton Rouge, Louisiana, and George LeFebvre of California; other relatives and a host of friends.
He was preceded in death by his father, George Martin LeFebyre, and his mother, Minnie Louise Holden LeFebyre.
Visit www.magnoliafuneralhome.net to send your condolences. A private family service with a celebration of life will be held at a later date with the Rev. Vicki Landrum officiating. In lieu of flowers the family requests donations be made to Pickwick United Methodist Church, P.O. Box 28, Pickwick Dam, Tenn. 38365.