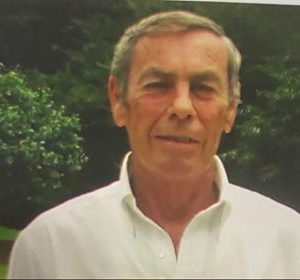 Roderick “Rod” Hughes, 74, of Savannah, passed away Friday, May 1 at St. Thomas West, in Nashville, Tennessee.
Mr. Hughes was born Jan. 13, 1946, in Lawrenceburg, Tennessee, where he lived until entering the U.S. Air Force in 1965.
On July 5, 1966, Rod was united to his wife, Jackie Rigsby Hughes, who survives. Rod and Jackie moved to Savannah in August of 1976, when he was employed by Sears. Other places of employment for Rod over the years were Dan Pleasant TV Repair, Savannah Satellite, AutoZone, and Ace Hardware, until his retirement.
Spending time with his grandchildren brought Rod his most enjoyment. He also loved watching old movies, TV series, and building train sets. Anyone that knew Rod knew how much his 280ZX’s were a loving obsession.
He is survived by his wife of nearly 54 years, Jackie Hughes, of Savannah; his son, Steve Hughes, and his wife, Cindy, and their children, Mary Katelyn and Callie Davis, of Savannah; and his daughter, Robin Hughes Meadows, and her husband, Shane, and their children, Kolby and Reagan Meadows, all of Nashville.
Rod was preceded in death by his grandparents, D.T. and Amye Hughes; and parents, D.T. Jr. (Bug) and Martha Jo Hughes.
Due to ongoing COVID-19 concerns there will be no public memorial services. The family has requested donations be made to Darryl Worley Cancer Center and First Cumberland Presbyterian Church.