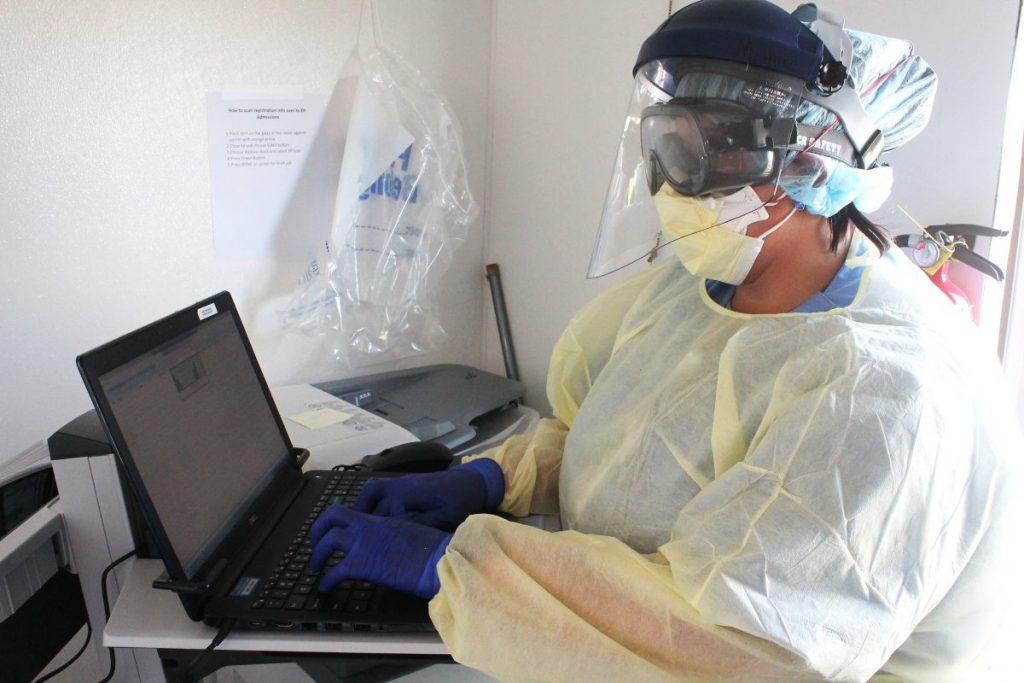 Although unrecognizable in full personal protective equipment, emergency department nurse Miranda Hunt works at the information portal of the exterior triage building at HMC. The hospital is hoping for the best but planning for the worst after Gov. Lee’s stay-at-home order expired Thursday night. 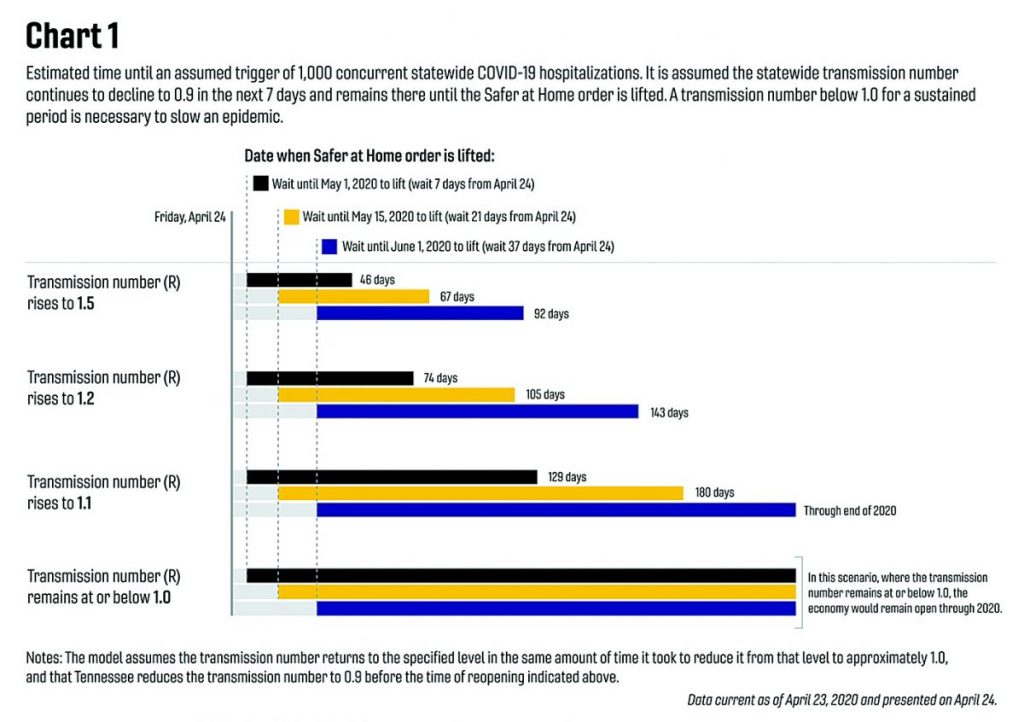