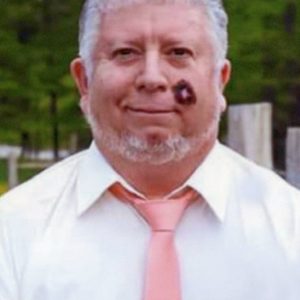 William Michael Hardy, of Adamsville, was born in Memphis, Tennessee on April 12, 1957, the son of the late William Edward and Trellace Mae Crotts Hardy.
On June 28, 1980 he was united in marriage to Pamela Rose Cotner, who survives.
Mike worked as a pattern maker for 36 years at Aqua Glass.  He also had worked for TCAT and Jones Motor Company.  Mike was a member of Crump Baptist Church.  In his spare time he enjoyed golfing, fishing, hunting, woodworking and crafting.
Mike departed this life on Sunday, April 26, in Corinth, Mississippi, at the age of 63 years and 14 days.
In addition to his wife of 39 years, Pam, of Adamsville, he is survived by his two sons, William Seth Hardy of Savannah,  and Brandon Kyle Hardy and wife Zoe of Adamsville; and  her sister, Toni Byrd of Crump.
Mike was preceded in death by his parents, and one brother, Berland Jobe.
Memorial donations may be made to Crump Baptist Church.