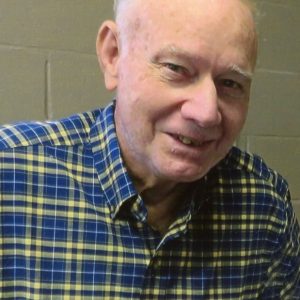 James Hardy Reynolds departed this life on Saturday, April 25, at the age of 85 years, 11 months, and three days. He was born in Hardin County, Tennessee on May 22, 1934, the son of the late Jamie Wheeler and Nanny Mirl Franks Reynolds. On July 2, 1955, he was united in marriage to Marcella Kelly, who survives.
James had worked for Brown Shoe Company as a watchman and retired after 40 years with the company. He had also worked for Wal-Mart for 20 years,  and Hardin County Nursery for over eight years. He enjoyed raising cattle, gardening, and raising tomatoes. James was a member of Turkey Creek Baptist Church and served as a deacon for approximately 60 years.
In addition to his wife, Marcella Kelly Reynolds of Savannah; James is survived by his sons, Eddie Reynolds, Stan Reynolds, and Todd Reynolds, all of Savannah; grandchildren, Holly, Hannah, Blake, Chase, Caleb, Carly, Chloe, Cason, Calyn, and Caris; great grandchildren, Kenley, Paisley, Georgia, and Bo; and brothers, Harris Reynolds of Savannah,  and Danny Reynolds of Foley, Alabama.
Along with his parents, he was preceded in death by his brothers, infant, Tommy Reynolds and Frank Reynolds; sisters, Eldean, Roxy, Irene, Rilla, and Emma.
Memorial donations may be made to: Turkey Creek Baptist Church, 250 Burnt Church Road, Savannah, Tenn. 38372 or The Gideons International, P.O. Box 140800, Nashville, Tenn. 37214-0800.