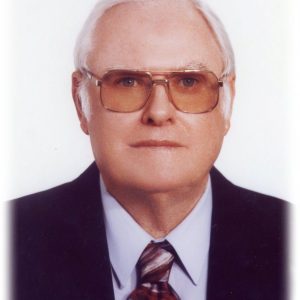 Jeemes F. Prince was born on a farm in the Olivet community, Savannah, Tennessee on April 5, 1929. He was the fifth and youngest child of John Claude and Willie Felix Moore Prince. He attended Hamilton Park Elementary for four years and completed his elementary education at the new Savannah Elementary. Jeemes attended Central High School but dropped out his senior year to enlist for the military service.
On Sept. 18, 1947,  Jeemes volunteered for the United States Air Force, just one month after it became a separate service. Previously, the Air Force was part of the U.S. Army. He was in the first class to complete the Air Force’s training flight class at Lackland Air Force Base, Texas in 1947. Later he earned his GED, completed tech school, and Administrative Services School where he finished top in his class. He also studied law by correspondence with the University of Maryland. He also was stationed at the following Air Force Bases: Tinker AFB in Oklahoma; Tokyo, Japan; Connaly AFB, Texas; Incirlik AFB, Ankara, Turkey; Tyndall AFB, Florida; and the Strategic Air Command Headquarters at Offutt AFB, Nebraska.
While in Turkey, Jeemes met his late wife, Ayten, who was a base switch board operator and they were married in 1957. Their twin daughters, Leyla and Seren,  were born in 1964 while he was stationed in Florida.
Chief  Master Sergeant  Jeemes Prince retired on Sept. 1, 1983, as Legal Manager for the U.S. Logistics Group Staff Judge Advocate’s Office stationed in Ankara. The U.S. Logistics Group named its legal office’s library, “The Jeemes F. Prince Law Library” in honor of him. Chief Master Sergeant Prince became known as the “Prince of Chiefs.” He retired with 36 years of service, 21 of the 36 years in Turkey. He retired as the most senior enlisted person on continuous active duty service in the Air Force. After retirement from the service, he continued to live in Turkey and began employment with base services contractors before retiring again to become a full-time caretaker of his wife Ayten. After leaving home to join the service in 1947, Jeemes returned home 70 years later in 2017.
Jeemes departed this life on April 14, at the age of 91 years and nine days. He was an 80-year member of Olivet Cumberland Presbyterian Church.
He is survived by his two daughters, Leyla Prince and her husband Okan Nalbant, and Seren Prince, all of Savannah; grandchildren, Jeemes Nalbant, Victoria Nalbant, Hank Nalbant, and Deniz Prince, all of Savannah; great granddaughter, Athena Nalbant of Savannah; a sister, Willie Mae Forester of McKenzie, Tennessee; and a host of nieces and nephews.
In addition to his parents and his wife; Jeemes was preceded in death by his siblings, John C. Prince Jr., Marguerite Laden, and Cornelia Arvay.
Memorial donations may be made to Olivet Cumberland Presbyterian Church, 6095 Highway 226, Savannah, Tenn. 38372.